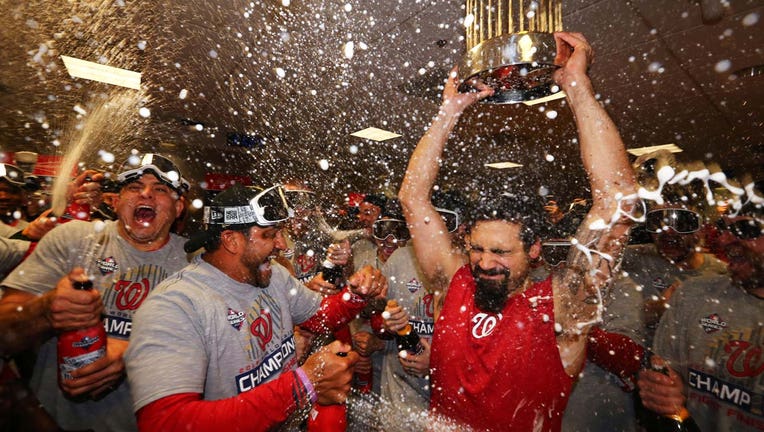 Anthony Rendon #6 of the Washington Nationals celebrates in the clubhouse after the Nationals defeat the Houston Astros in Game 7 to win the 2019 World Series at Minute Maid Park on Wednesday, October 30, 2019 in Houston, Texas. (Photo by Alex Trautw

WASHINGTON - The Washington Nationals are canceling their unprecedented virtual championship ring ceremony, but you can still get a sneak peek at the club's new bling this weekend.

The team planned to deliver the rings to players during a virtual ceremony Sunday night, but announced Saturday that players decided to wait until they were "physically reunited."

You can watch the ring unveiling on the Nationals' website.