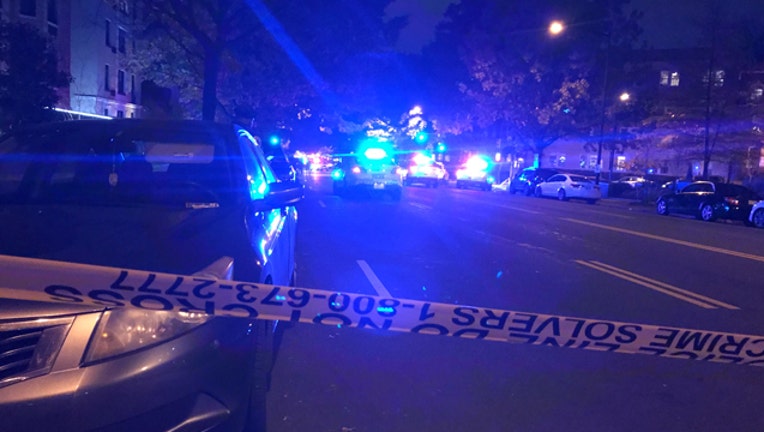 The scene of a shooting Saturday night near the National Zoo.

WASHINGTON - The National Zoo says it is stepping up its security following a double shooting and other mayhem nearby Saturday night.

Guests will be asked to submit their backpacks, purses, coats and other belongings for security screens before being allowed inside the zoo, she said. Baker-Masson called the security screens "temporary," though the zoo also implements them during high-visitation days.

The zoo is taking extra precautions following a chaotic Saturday night, which included a burst of fireworks and a double shooting near the picturesque ZooLights festival.

The loud pops of both incidents frightened many zoo guests, who fled in a panic. Many guests were with their small children at the time.

Police say the shooting happened around 8:30 p.m. Saturday near Cathedral and Connecticut avenues, just steps from the zoo. Police found one victim at the scene and another near the Duke Ellington Memorial Bridge on Calvert Street nearby. Both victims are boys who are expected to recover.

A loud burst of fireworks, which many zoo guests believed were gunshots, preceded the shooting. Police say a group of teenagers set off the fireworks at the zoo, inciting panic. Detectives are still investigating whether the two incidents were related.

The ZooLights, a D.C. holiday tradition, will run from 5 p.m. to 9 p.m. every night through New Year's Eve.

Fox 5's Ayesha Khan follows up on the double shooting Saturday night near the National Zoo.