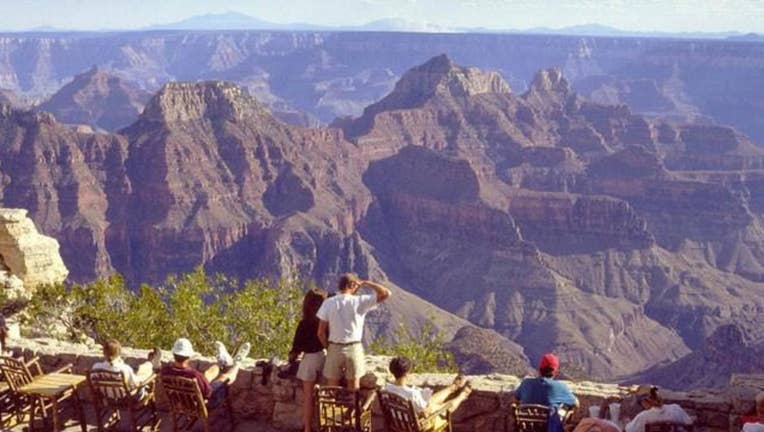 FLAGSTAFF, Ariz. (AP) - Visiting the country's most popular national parks would get more costly under a federal proposal released this week. The National Park Service says its goal is to cut down on the nearly $12 billion in maintenance projects that have been put off under budget constraints.

Under the plan, visitors driving into 17 of the most popular national parks, mostly in the U.S. West, would pay $70 for a weekly pass, up from $25 to $30. They include the Grand Canyon, Yosemite, Yellowstone and Zion.

Outside the region, three parks in Maine and Virginia would be affected. People have a month to comment on the plan.

Here are some details about the money the proposal would raise:

HOW MUCH WILL THE PARK SERVICE RAISE?

The agency collected nearly $200 million in entrance fees in the last fiscal year. It expects to raise an additional $70 million annually by charging visitors more to get into the 17 parks during the five busiest months of the year. Those parks generate 70 percent of the revenue from entrance fees.

The outcome is uncertain. The Park Service has been breaking visitation records for three years, with nearly 331 million visits in 2016. That could mean a bump in revenue and improved services for visitors.

Others worry the fee increase could turn people off to national parks, especially those who are lower-income, and say Congress should ensure they are well-funded.

WHERE WILL THE MONEY GO?

The Park Service has a maintenance backlog totaling $11.3 billion. That's work the agency has put off for more than a year. It includes fixing water systems, roads, buildings, campgrounds, housing and trails.

The Park Service allocates more than $1 billion a year for maintenance, according to a recent U.S. Government Accountability Office report, but cannot catch up because the problem is huge.

The backlog decreased last year by $600 million as the agency wrapped up some large projects and saw cost savings in construction.

Amanda Greene of Hoquiam, Washington, said she would like to see more parking at Olympic National Park or a busing system to avoid overcrowding. Plus, better restrooms.

"It's better than not having it," he said. "We certainly need a much more substantial investment."

The Park Service budget is less than 1 percent of the overall federal budget, and the proposal from the Trump administration for fiscal year 2018 calls for less money overall for the agency.

Former Grand Canyon Superintendent Steve Martin is skeptical the fee increase would raise the nearly $70 million that the agency projects.

"It could generate a lot of ill will as well," he said.

Martin suggested switching from a vehicle fee to a per-person fee. Denali National Park and Preserve in Alaska already uses that structure.

WHAT ELSE COULD HELP?

National parks have been creative in raising funds when they don't get enough money from Congress. Most have a fundraising organization that helps cover visitor services or maintenance needs.

Some of those groups, such as the Trust for the National Mall, the Yosemite Conservancy and the Gettysburg Foundation, raise millions of dollars a year. Smaller groups run bookstores or gift shops and give the parks a share of the profits.

"We get people of all stripes who come to our parks," Francis said. "They come to the parks whether they're rich or poor, Republican or not. I think they're disappointed when things aren't up to snuff."

A 30-day public comment period runs through Nov. 23. Those who want to weigh in can do so online or via mail. The National Park Service says it will review the comments before deciding whether to implement its proposal.

The agency has a fact sheet on its website outlining the plan, but it doesn't say exactly which projects would be funded by the fee increase.

Not all of the 417 parks charge entrance fees. Those that do retain 80 percent of the revenue, while the other 20 percent goes into a fund to help the 299 free parks.

This story has been corrected to show that Hoquiam was misspelled.