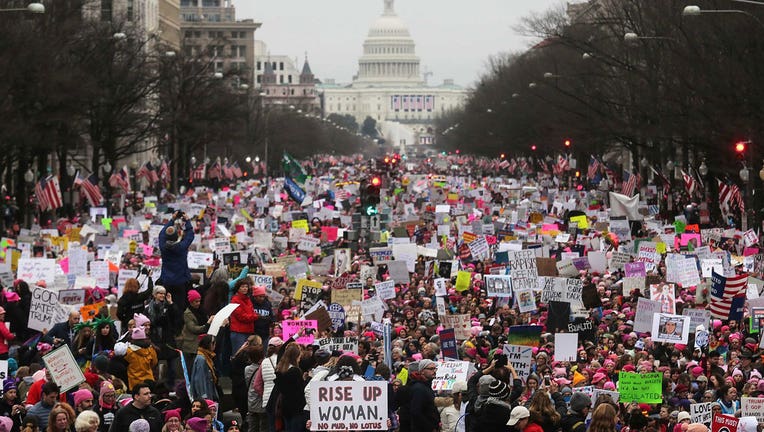 WASHINGTON - UPDATE (2:16 P.M.): The National Archives has tweeted an apology after blurring anti-Trump signs in a Women's March photo on display:

ORIGINAL: Thousands of women are protesting President Donald Trump's policies Saturday in downtown D.C., but there's one place their message is reportedly a little out of focus: the National Archives.

The Washington Post reports that the Archives blurred protesters' signs that were critical of Trump in an exhibit on women's suffrage.

The Archives told the Post that it altered the photo so as not to "engage in current political controversy."

That decision is now being criticized by many online who see the publicly funded National Archives as altering history, and silencing voices of political dissent.

Meanwhile, thousands of protesters are marching again in D.C.'s streets to speak out on the Trump Administration: