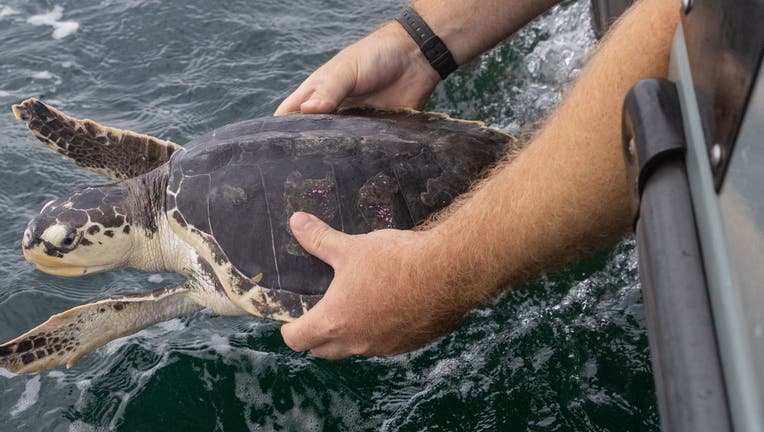 BALTIMORE, Md. - Halloumi, Mozzarella and Stilton have returned to their home.

The National Aquarium in Baltimore announced on Tuesday that the trio had been rescued and rehabilitated prior to their release into the ocean off the Maryland coast.

After being rescued from areas off the coasts of Massachusetts and North Carolina, the sea turtles had been treated for illnesses related to the cold, including pneumonia, respiratory distress, dehydration, infection and emaciation. 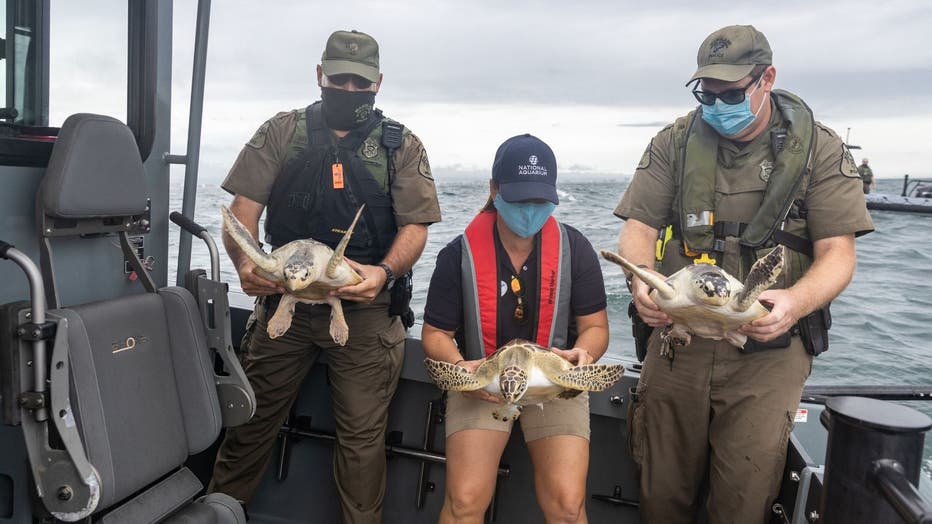 Aquarium staff are preparing for a similar upcoming season of stunning cold. 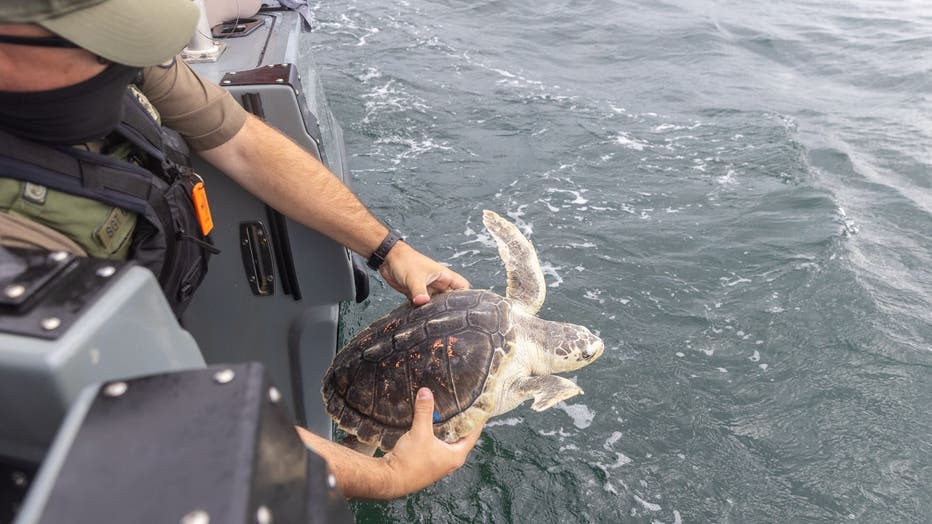 Their facility can treat up to 30 sea turtles.