The 12-year-old said he had recently watched a video on how to behave if you run into a bear.

TRENTINO, Italy - A 12-year-old showed remarkable courage when his family encountered a large brown bear while hiking in the mountains in Italy.

Alessandro Breda was hiking in an area of low bushes on May 24 in the Adamello-Brenta Nature Park in Trentino when the bear appeared. Nail-biting video shot by his mother’s partner, Loris Calliari, shows just how close the bear was to the boy.

The footage has gone viral, with many praising the young boy’s reaction as others would have likely yelped with fear at the sight of animal.

The video shows Breda remaining calm, tip-toeing slowly away from the animal back toward his family. At one point, the bear even rares up on its hind legs. 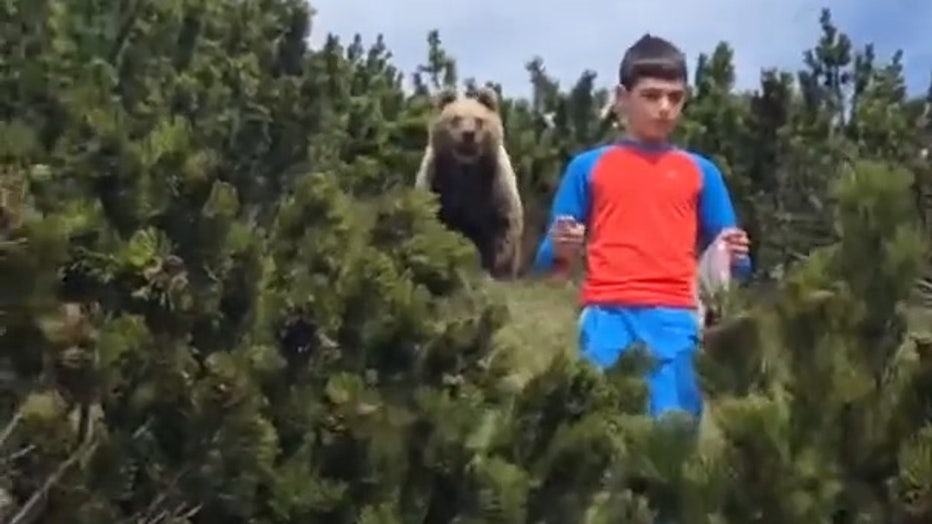 Alessandro Breda, 12, is pictured in a video recorded of his encounter with a brown bear on May 24, 2020 in the Dolomites in Italy. (Photo credit: Loris Calliari via Storyful)

Breda’s poise was thanks to research he did prior to the one-on-one encounter. In an interview with Italian broadcaster RAI, he said he had recently watched a video on how to behave if you run into a bear in the wild.

“I learned that if you yell, the bear becomes agitated and becomes much more aggressive,” he said.

There are between 82 and 93 bears in the area that encompasses the nature park, according to the Forestry and Wildlife Department of the Autonomous Province of Trento’s 2019 report.

Breda did just what experts advise, including staying calm and moving away slowly. Bear attacks are rare, as most are only interested in protecting food, cubs or their space, according to the U.S. National Park Service.