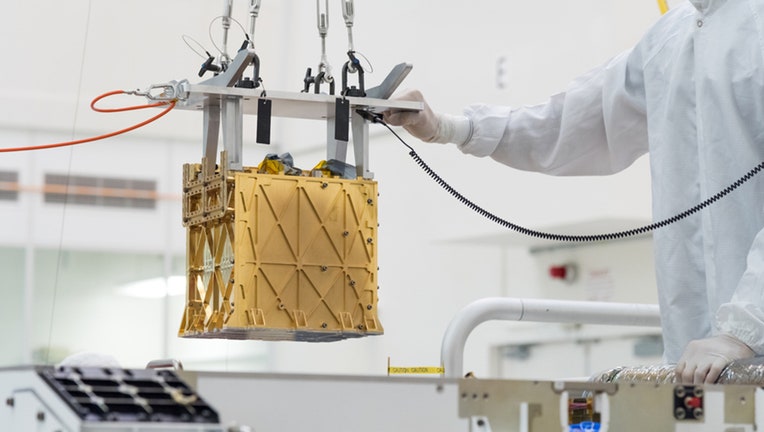 An MIT-developed device that’s been converting carbon dioxide into oxygen on Mars for the past 16 months could help fuel future human missions to the Red Planet, researchers say.

The Mars Oxygen In-Situ Resource Utilization Experiment, or MOXIE, has been successfully creating oxygen from the carbon dioxide that makes up 95% of Mars’ atmosphere, according to a recent study published in the journal Science Advances. It hitched a ride with NASA’s Perseverance rover in February 2021 and started making oxygen about two months later.

The study shows MOXIE was able to produce oxygen at the rate of a modest tree on Earth — and did so in a variety of atmospheric conditions. NASA and MIT researchers believe a "scaled-up" version of MOXIE could potentially travel to Mars before a human mission and produce enough oxygen to sustain humans. It could also fuel the rocket’s return to Earth, MIT researchers said in a news release.

"We have learned a tremendous amount that will inform future systems at a larger scale," said Michael Hecht, principal investigator of the MOXIE mission at MIT’s Haystack Observatory.

MOXIE was designed small so it could fit on the Perseverance rover, but researchers say a larger one could be a "full-scale oxygen factory." Right now, MOXIE is built to only run for short periods in between rover’s exploration and mission duties. A bigger one could run continuously.

RELATED: NASA releases sound of a black hole -- and it's terrifying

MOXIE’s performance on Mars is also the first case of "in-situ resource utilization," or using a planet’s materials to make resources that would otherwise have to be sent from Earth.

"It’s historic in that sense," said MOXIE deputy principal investigator Jeffrey Hoffman, a professor of the practice in MIT’s Department of Aeronautics and Astronautics.

How does MOXIE make oxygen on Mars? 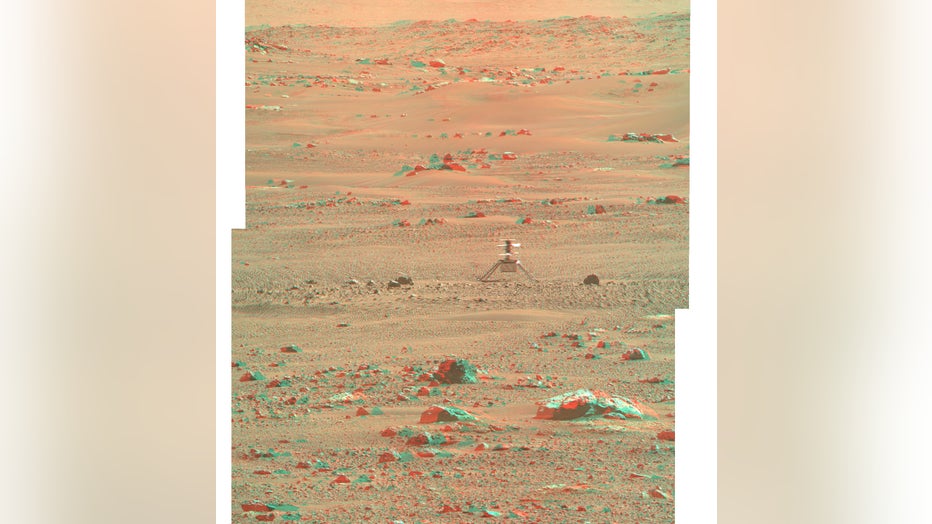 MOXIE does its job by drawing in Martian air through a filter that gets rid of contaminants, according to MIT. From there, the air is pressurized and sent through a device that splits the carbon dioxide-filled air into oxygen ions and carbon monoxide.

Those ions are then isolated and recombined to form breathable oxygen. The O2 is measured for quantity and purity before it’s released back into the air.

Engineers have used MOXIE seven times since it landed on Mars.

"The atmosphere of Mars is far more variable than Earth," Hoffman said. "The density of the air can vary by a factor of two through the year, and the temperature can vary by 100 degrees. One objective is to show we can run in all seasons."

So far, it has performed in every atmospheric condition it has faced, but engineers haven’t shown it can run at dawn or dusk, "when the temperature is changing substantially."

"We do have an ace up our sleeve that will let us do that, and once we test that in the lab, we can reach that last milestone to show we can really run any time," Hecht said.

What’s next for MOXIE?

Engineers will continue testing MOXIE’s capacity on Mars and ramp up production in Martian spring, when atmospheric density and carbon dioxide levels are high.

They’ll also be watching for signs of "wear and tear" that could be caused by MOXIE having to start up and shut down each time it runs. If MOXIE can continue to operate, "this would suggest that a full-scale system, designed to run continuously, could do so for thousands of hours."

RELATED: How long did it take NASA to launch the first space shuttle?

"To support a human mission to Mars, we have to bring a lot of stuff from Earth, like computers, spacesuits, and habitats," Hoffman said. "But dumb old oxygen? If you can make it there, go for it — you’re way ahead of the game."

Perseverance landed on Mars in February 2021 in hopes of finding signs of ancient life. Scientists believe that if life ever flourished on Mars, it would have happened 3 billion to 4 billion years ago, when water still flowed on the planet.

The rover’s arm drills down and collects rock samples containing possible signs of bygone microscopic life. Three to four dozen chalk-size samples will be sealed in tubes and set aside to be retrieved eventually by another rover and brought homeward by another rocket ship.

The rover has also taken hundreds of thousands of photographs and stunning video.

Perseverance is the ninth U.S. spacecraft since the 1970s to successfully land on Mars.