Only on FOX 5, we spoke to the emotional mother of a Prince George’s County 14-year-old who is now facing charges as an adult for the murder and robbery of a taxi driver.

HYATTSVILLE, Md. (FOX 5 DC) - FOX 5 spoke to the emotional mother of a Prince George’s County teen who is now facing charges as an adult for the murder and robbery of a taxi driver over the weekend.

Charging documents say the victim worked for an area taxi company and picked up the 14-year-old at a 7-Eleven on Hamilton St. in Hyattsville on Sunday night.

The 14-year-old's mother, who a cousin asked not to be shown, told FOX 5 she is depressed and desperate because there is nothing she can do.

"Parents always want our children to do the best. We fight for [them] so that they have a good future," the mother said in Spanish.

The woman became emotional telling FOX 5 she doesn’t know what her son’s future holds. She has doubts and questions about what happened – and also expressed sympathies to the victim’s family. 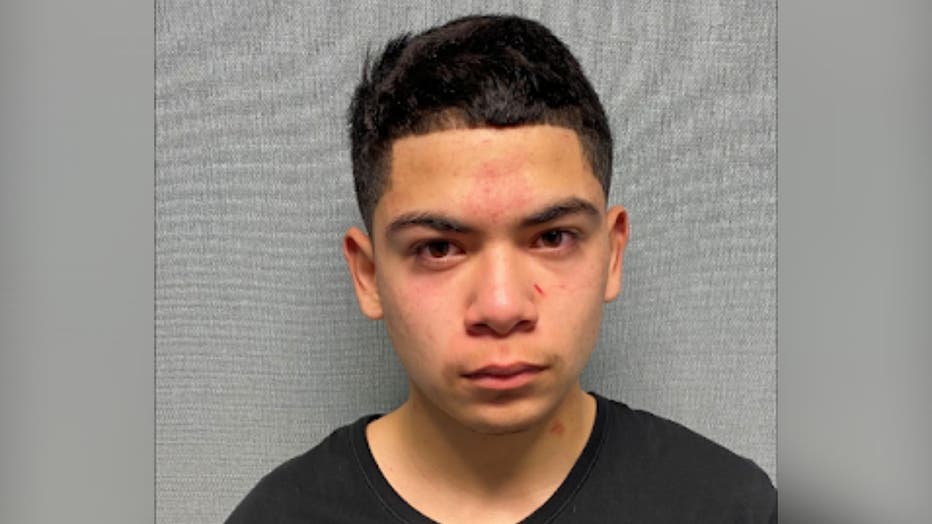 It was after 10:30 p.m. Sunday when Prince George’s County Police responded to a stabbing at the 7300 block of Riggs Rd. in Hyattsville.

Court documents say at some point between picking up 14-year-old Romero Cuellar at the 7-11 and arriving at Riggs Rd., the teen produced a knife and announced a robbery. A struggle ensued. Police say Cuellar then stabbed the driver multiple times.

A close friend appears to have created a GoFundMe page to help get his body back to his family in Mexico. "He was a good person," the page says.

On Monday, officials brought the 14-year-old into custody. Court documents say he voluntarily waived his Miranda rights, admitting to the stabbing and theft of $40 to $60 before running away from the scene.

The teen's mother didn’t want to speak about her son's history but told us in Spanish she doesn’t want any parent to go through this, especially because he’s a kid and she’s sure that as a mother, she’s always going to say that he could be innocent.

Cuellar was held without bond on Wednesday.