In 2023, the District is adding new traffic cameras as it works to cut down on pedestrian deaths and illegal driving. FOX 5 spoke with some residents at one of the most notoriously dangerous intersections in D.C.

WASHINGTON - In 2023, the District is adding new traffic cameras as it works to cut down on pedestrian deaths and illegal driving.

FOX 5 spoke with some residents at one of the most notoriously dangerous intersections in D.C.

"I have a love-hate relationship with them," said Mark Bauer.

D.C. plans to nearly double its traffic cameras in 2023 as the city aims to cut down on drivers speeding, running red lights, and breezing through stop signs.

The city is also hoping that the 130 new cameras added to the 136 already spread across the District will help reduce pedestrian deaths.

"Because you’ve got a lot of restaurants and apartment buildings on both sides of the street, a bunch of people are going to jaywalk — it just happens all the time," said Chris Watson, who lives near Benning Road and H Street Northeast.

At least 34 pedestrians have died this year, which is a slight reduction compared to last year’s all-time high of 40 in more than a decade.

The city wants to reduce that number to zero. 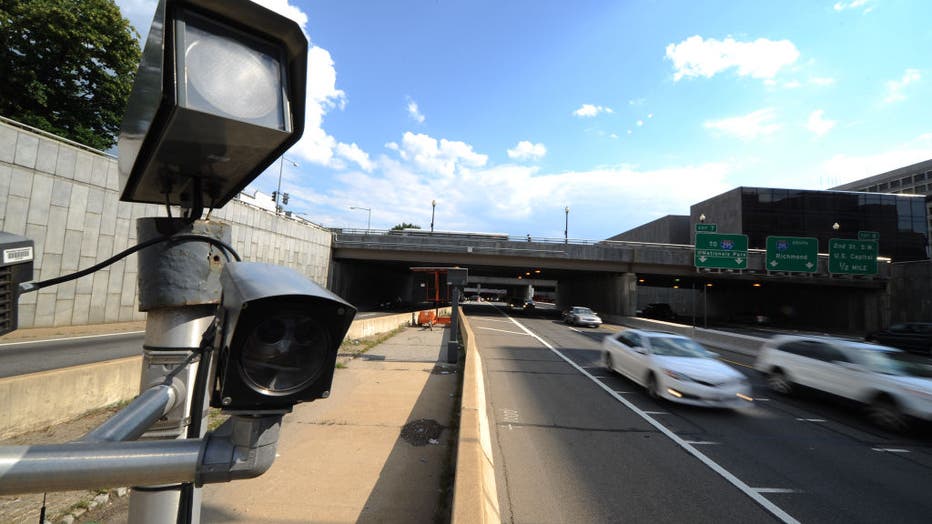 "As it gets later at night, you have people flying down here," Watson said.

"I think people returning to work after the pandemic, the roads are becoming more congested," Bauer said.

"I think pedestrian safety is important," he continued. "My concern with the cameras is people are going to take opportunities where they can, and I don’t know if that’s going to make people more aggressive when they do have those openings and opportunities."

Most of the traffic cameras across the District are in Northeast or Southeast, but the sites for future locations are chosen based on speed and crash reports.

While some residents are pushing for more cameras, "It seems like drivers are more aggressive on the whole than I’m used to, and it’s like definitely scary," Watson said.

Others FOX 5 spoke to feel the fines attached to this type of enforcement do more harm than good.

Proposal to put speed cameras along the ICC

"I’ve just noticed in my time here in D.C. that there are a lot of cameras, a lot more heavily populated in the poorest wards in the city, and not in some other neighborhoods around," said Jodi Otto, who lives in the area.

"Really, it’s just a tax on the poor who will bear the brunt of it. And wealthy people who will commit the same infractions, you know they’ll be able to pay it and not change their behavior, so really I don’t think it’ll have the desired effect," Martine Wilson said.

D.C. Department of Transportation didn’t disclose an exact timeline of when these cameras will be installed, but anyone who lives in the District can request traffic enforcement cameras at specific locations via DDOT's website here.