There are more single women in the workforce than ever before, and it’s changing the economy

Parts of the economy in which single women have historically spent more, like apparel and personal care, are likely to see a boost as more single women take up ranks in the workforce.

LOS ANGELES - The U.S. workforce is comprised of increasingly more single women, and a projection from Morgan Stanley Research predicts that, by 2030, single women will make up an estimated 45 percent of all prime working age women (aged 25 to 44) — the largest portion in history — which will have a far-reaching positive effect on the U.S. economy.

Using Census Bureau historical data, Morgan Stanley forecasts that the number of single women will grow annually by 1.2 percent while the overall U.S. population is expected to grow annually by only .8 percent.

This has to do with overall lifestyle trends in recent years as more American women are delaying marriage or choosing to remain single, as well as delaying childbirth or having fewer children. Coupled with divorce trends of women in their 50s and 60s, these lifestyle choices are contributing to a larger number of single working women.

“These shifting lifestyle norms are enabling more women, with or without children, to work full time, which should continue to raise the labor force participation rate among single females,” says Ellen Zentner, Chief U.S. Economist.

Rising labor-force participation rates among single women should cause an overall increase in women’s wages, which will in turn create an influx of consumer spending.

Women currently contribute approximately $7 trillion to U.S. GDP each year and are the principle shoppers for 72 percent of American households, according to the Morgan Stanley report.Already, women are the primary breadwinners in 30 percent of married household and nearly 40 percent of total U.S. households.

The economic contributions of women in these arenas only stands to increase over time. Women are now earning bachelor’s degrees at a higher rate than men. As more of them enter the workforce, especially as they take on more high-profile positions at top companies where they stand to make significantly higher earnings than in the past, women will contribute increasingly more to the economy.

“As women’s education increases and fertility rates decrease, employment in white-collar positions also increases,” the U.S. Council of Economic Advisors explains. Women are becoming more active in politics and the business world alike, with more of them achieving high-profile positions in government and at top companies.

In 1970, women made up just two percent of Congress, but they currently make up 25 percent. Since 2010, the percentage of women executives has increased steadily not only in the U.S., but in all developed regions of the world. 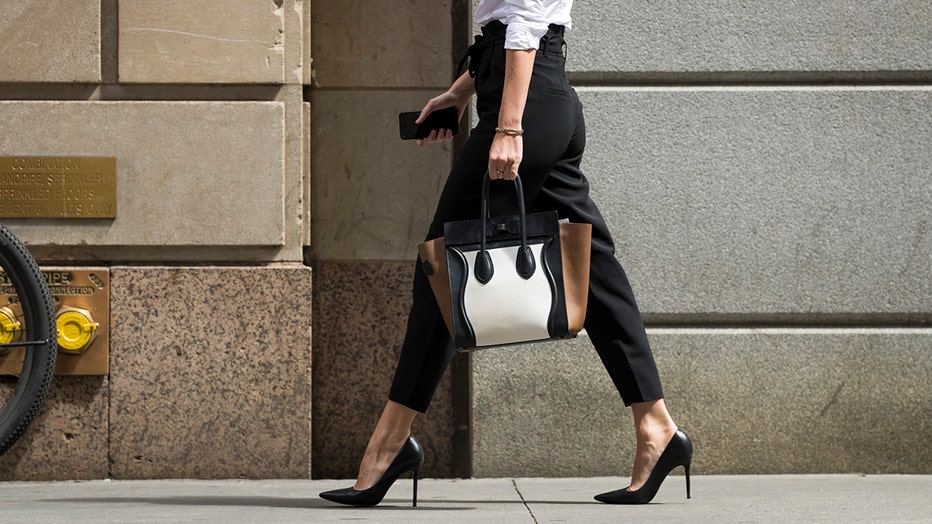 A woman walks through the Financial District near the New York Stock Exchange (NYSE), in New York City. More single women are working, and that's great for the economy according to research from Morgan Stanley. (Drew Angerer/Getty Images)

“While the relationship between the timing and pace of these gains is unclear, the trend does indicate shifting attitudes and norms surrounding women in leadership positions," says Jessica Alsford, who heads Morgan Stanley's Global Sustainability Research team.

With women climbing the ranks and making more money, the decisions they make about where to spend that money will have more pronounced effects on the economy.

“Because women now contribute significantly more to household income than previous generations and remain the primary shopper for most households, their influence has grown in nature and degree," says U.S. Retail Equity Analyst Lauren Cassel. “We find that single women outspend the average household, shifting spending profiles toward categories most poised to benefit from the demographic growth in single women with rising incomes."

Parts of the economy in which single women have historically spent more, like apparel and personal care, are likely to see a boost as more single women take up ranks in the workforce.

Morgan Stanley predicts that single women will contribute to greater gains for companies in the fast-casual sector, such as Starbucks, and that they’ll also become a more prominent portion of the auto-buying segment.

But those economic changes only reflect one type of single woman — not all single working women will be splurging on yoga pants, facials and Teslas with that extra cash.

Single working mothers often spend an overwhelming portion of their earnings on basic needs like food, transportation, housing and childcare. As they make up more of the workforce, more companies will need to accommodate their needs and start treating certain offerings — such as childcare — as necessary components of the employment agreement instead of as added benefits.