Lawmakers in Montgomery County are introducing a bill concerning police interaction with children following an incident where officers were seen on video handcuffing and a berating a young boy.

SILVER SPRING - Lawmakers in Montgomery County are introducing a bill concerning police interaction with children following an incident where officers were seen on video handcuffing and a berating a young boy.

The incident happened in Silver Spring in January of 2020 when police were called after a 5-year-old wandered away from school. Video shows officers Dionne Holliday and Kevin Christmon pushing the child into a patrol vehicle while he is uncontrollably crying.

A school employee is also present and does nothing to intervene, the video shows. After arriving back at the school, the child is still visibly shaken as officers continue yelling at him, telling him to shut up and at one point calling the child a "beast." One officer says, "this is why people need to beat their kids." 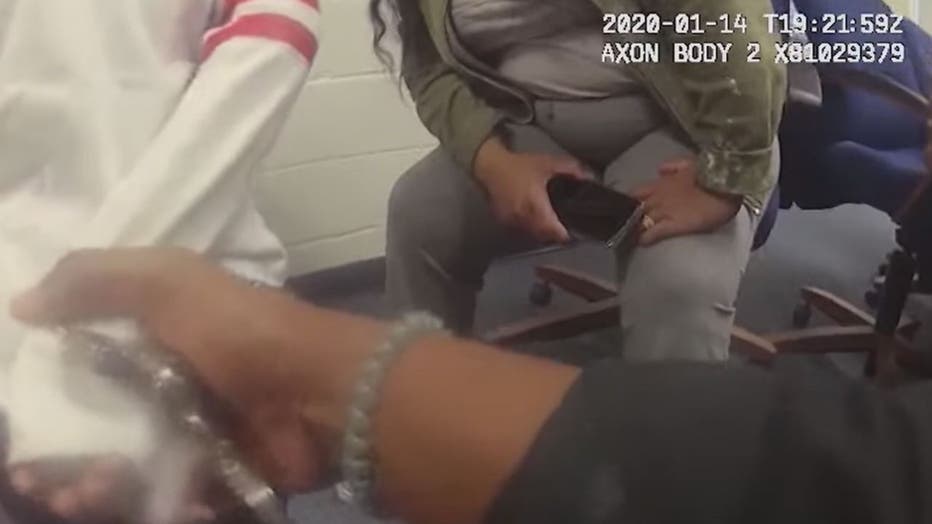 Tom Hucker, President of the Montgomery County Council, says the police should settle with the family and that the officers involved are still on the job after only having their pay docked and have not received new training.

"The whole world was shocked – I think - when we saw the video from several months ago that showed two of our Montgomery County police officers repeatedly abusing a 5-year-old student at East Silver Spring Elementary School," Hucker said. "Screaming in his face – calling him a little beast -- handcuffing him – and then instructing his mother on how to beat him and avoid a child abuse charge."

"I’ve never seen law enforcement officers showing someone how to essentially break the law and abuse their child. It’s shocking," Hucker continued. "And honestly, we have a good police force. We have 1,300 patrol officers -- this reflects terribly on all of them. The process by which we found out about it is as troubling as the incident itself because we didn't learn about it for over a year."