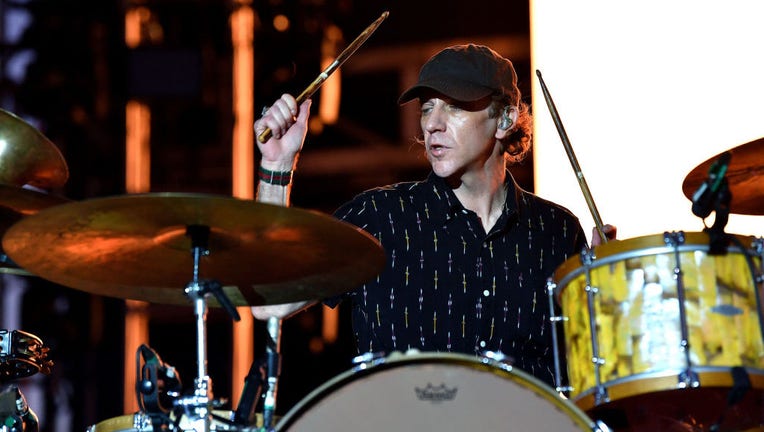 "Hi. Some of you may have already heard, but I figured it would be good to hear the news directly from our camp. Jeremiah was diagnosed with cancer a short while ago, and he’s currently in treatment," Brock wrote in the post. "It seems to be going smoothly and making a positive difference. Jeremiah, as am I, are believers in the power of positive energy, so if you would be so kind as to send ‘good vibes’ ( to quote Jeremiah) in the direction of Jeremiah and his family, that'd be great."

Green’s mother, Carol Namatame, also shared her son’s diagnosis in a Facebook post and asked fans to send "healing vibes" during this time. It was unclear what form of cancer Green was diagnosed with.

"He’s [sic] so strong and so brave and hanging in there," Namatame wrote on Christmas Day, alongside several photos of the 45-year-old drummer.

"Despite having a stage 4 diagnosis, his prognosis is good!" Collins added. "Also his oncologist is a big [Modest Mouse] fan (so he's got that in his corner!) Sending him nothing but love & healing energy! Get well buddy. We're all pulling for you!"

Green has been the drummer for Modest Mouse since he cofounded the band in 1992 with Brock and former bassist Eric Judy. He briefly left the band in 2003 but returned in 2004.

Brock spoke to NME in July and shared that the band was working on new music. Modest Mouse’s latest album, "The Golden Casket," was released in 2021.

"I got seven new songs coming out pretty soon. As soon as we were done with the last album, I had a thorn in my side about everyone saying, ‘Why does it take so long to put out records?’ Because I find other interests! Not all of them good, but f--- it! I don’t want to have to answer that question anymore, so I have a record that I’m really happy with," Brock said at the time.

Bride returns to hospital that cured her childhood cancer

Modest Mouse concluded their tour celebrating the 25th anniversary of their album, "The Lonesome Crowded West," just before Christmas on Dec. 20 in Washington, D.C.

The band is scheduled to return to the big stage in March to perform at all three South American Lollapalooza festivals in Chile, Argentina, and Brazil.

Green’s brother, Adam, shared an update on his condition with FOX News Digital this week.

"He is doing great considering the circumstances," Adam shared. "He played a lot of shows with the cancer but the doctor gave him the green light to play all the way up to the last West Coast date. His goal is to be back on tour this spring in South America. He has about 4 weeks of Chemo and Radiation left."

This story was reported from Cincinnati. FOX News contributed.