CDC Director Dr. Rochelle Walensky grew emotional during a press briefing March 29, 2021, amid an uptick in U.S. cases, deaths and hospitalizations and asked Americans to remain vigilant a little longer.

WASHINGTON - President Joe Biden on Monday announced that at least 90% of the adult U.S. population will be eligible for a COVID-19 vaccine by April 19 and will have access to a vaccination site within 5 miles of home.

In an address to the nation from the White House, Biden said quick vaccination would still depend on supply as well as overcoming some people's hesitancy about the shots. The president had previously directed that all states make all adults eligible for vaccination by May 1, but many have moved to lift eligibility requirements sooner in anticipation of supply increases.

Several states have expanded COVID-19 vaccine eligibility to all adults, putting them weeks ahead of Biden’s deadline, including Arizona, Georgia, Louisiana, North Dakota, Ohio, Oklahoma and Texas. Other states, such as Minnesota, Indiana and South Carolina, are doing so this week.

Meanwhile, the White House was moving to double the number of pharmacies participating in the federal retail pharmacy program — which has emerged as among the most efficient avenues for administering vaccines — and increase the number of doses for them to deliver. The retail pharmacies are located in close proximity to most Americans and have experience delivering vaccines like the flu shots. 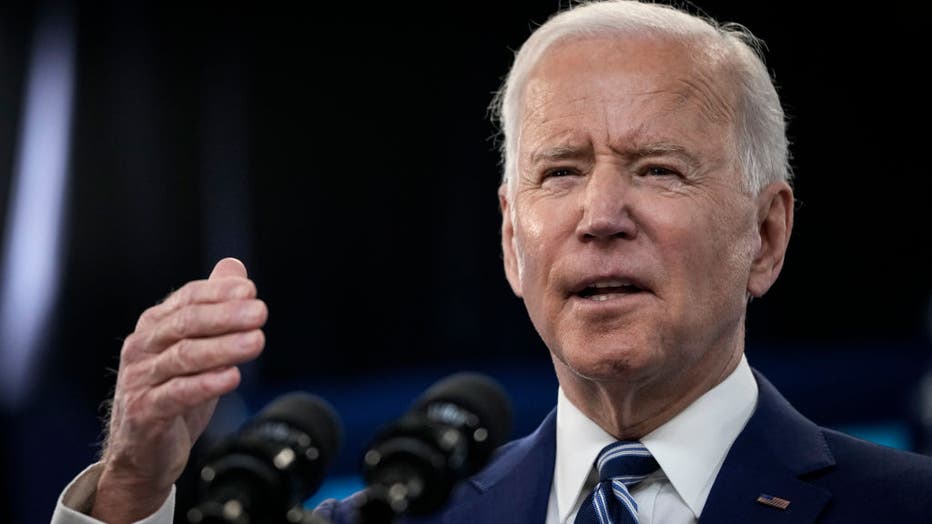 WASHINGTON, DC - MARCH 29: President Joe Biden delivers remarks on the COVID-19 response and the state of vaccinations in the South Court Auditorium at the White House complex on March 29, 2021 in Washington, D.C. (Photo by Drew Angerer/Getty Images)

More than 67 million shots of Moderna’s two-dose vaccine have been administered in the U.S. to date, according to the U.S. Centers for Disease Control and Prevention. Between Moderna’s vaccine, and shots developed by Pfizer-BioNTech and Johnson & Johnson, nearly 144 million vaccine doses have been administered in total. The CDC says 51.6 million people — or 15.5% of the population — is now fully vaccinated.

Moderna, based in Cambridge, Massachusetts, said it has substantially increased its shipments to the U.S. government since it received an emergency use authorization on Dec. 18 from the U.S. Food and Drug Administration. 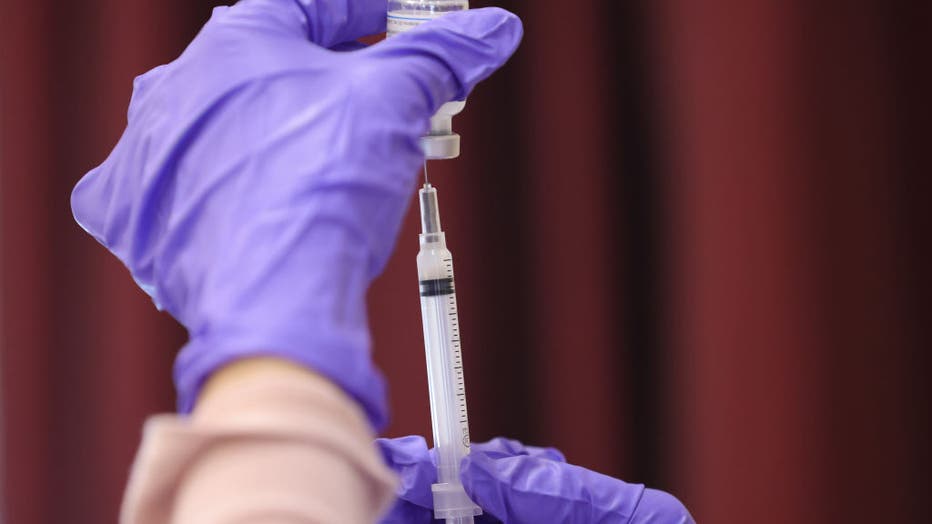 Biden last week also announced a new goal of 200 million coronavirus vaccines administered by his 100th day in office on April 30. Biden had previously set a goal of 100 million shots given to Americans by his 100th day as commander-in-chief, which was met this month.

Currently, about 2.5 million people in the U.S. are being vaccinated a day, White House coronavirus response coordinator Jeff Zients said Friday during a coronavirus briefing.

"That is the equivalent of vaccinating a sell-out crowd at Yankee Stadium, 50 times a day. Or the entire population of the city of Houston in just one day," Zients said. "That’s the scale of this effort each and every day."

Zients added that the current vaccination pace needs to continue for the next five weeks in order to reach the administration’s new 200 million shots goal.

As the mass vaccination campaign continues, the U.S. has also seen an uptick in virus cases, hospitalizations and deaths. Speaking during a virtual White House briefing, CDC Director Dr. Rochelle Walensky grew emotional as she reflected on her experience treating COVID-19 patients who are alone at the end of their lives.

Cases of the virus are up about 10% over the past week from the previous week, to about 60,000 cases per day, with both hospitalizations and deaths ticking up as well, Walensky said. She warned that without immediate action the U.S. could follow European countries into another spike in cases and suffer needless deaths.

"We have so much to look forward to, so much promise and potential of where we are and so much reason for hope," she said. "But right now, I’m scared."

"I’m going to lose the script, and I’m going to reflect on the recurring feeling I have of impending doom," she said.

Walensky pointed to an uptick in travel and loosening virus restrictions for the increase in cases.

In his remarks Monday, Biden also urged Americans to stay vigilant, declaring, "If we let our guard down now, we can see the virus getting worse, not better. People are letting up on precautions, which is a very bad thing."

He delivered a direct appeal to governors, state and local leaders to reinstate mask-wearing requirements if they have eased them.

"Please, this is not politics, reinstate the mandate if you let it down," he said.