Dr. Kawsar Talaat, an infectious disease physician and assistant professor with the Johns Hopkins Bloomberg School of Public Health, discusses why kids also need to be vaccinated to end the pandemic.

CAMBRIDGE, Mass. - Moderna announced Thursday that it has asked the U.S. Food and Drug Administration to expand the emergency approval of its COVID-19 vaccine to those aged 12 to 17.

The company said it was encouraged by data from its ongoing trial that found the two-dose vaccine was both safe and effective in adolescents. If Moderna’s emergency use authorization is expanded to include the younger age group, it would dramatically increase the number of shots available to students ahead of the next school year.

In May, the U.S. and Canada authorized Pfizer-BioNTech’s COVID-19 vaccine to be used starting at age 12. Moderna’s shot is already authorized for adults.

"We are pleased to announce that we have submitted for an emergency use authorization for our COVID-19 vaccine with the FDA for use in adolescents in the United States," said Moderna CEO Stéphane Bancel said in a statement.

Bancel added that Moderna has already filed for authorization with health regulators in Canada and Europe and plans to continue seeking approval in countries around the world "for this important younger population." 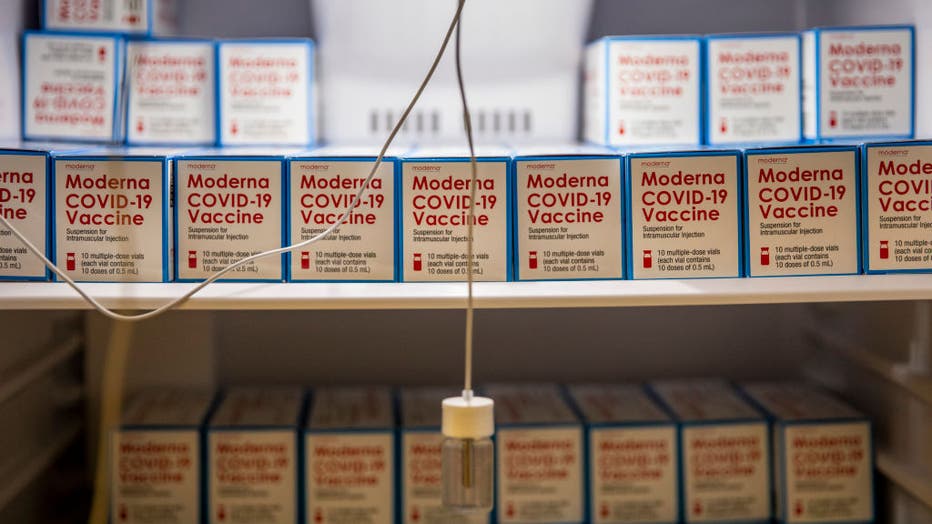 The company studied more than 3,700 12-to-17-year-olds. Preliminary findings showed the vaccine triggered the same signs of immune protection in kids as it does in adults, and the same kind of temporary side effects such as sore arms, headache and fatigue.

There were no COVID-19 diagnoses in those given two doses of the Moderna vaccine compared with four cases among kids given dummy shots. In a press release, the company also said the vaccine appeared 93% effective two weeks after the first dose.

The FDA approval process could take several weeks. Pfizer-BioNTech, which was initially granted an emergency use authorization in December for those 16 and up, requested expanded use of its shot for those 12 to 15 on April 9. The FDA gave authorization on May 10.

While children are far less likely than adults to get seriously ill from COVID-19, they represent about 14% of the nation’s coronavirus cases. At least 327 have died in the U.S. alone, according to a tally by the American Academy of Pediatrics.

Both Pfizer and Moderna are also testing in even younger children, from age 11 down to 6-month-old babies. Pfizer announced this week that it has begun studying its shot in a larger number of younger children worldwide and selected lower dosages based on earlier trial data.

Bancel said Monday during an event hosted on Clubhouse that he anticipates Moderna’s shot to be available for kids as young as 5 by fall, according to CBS Boston. He noted that the process will take time as the company works to determine the appropriate dosages and anticipates data to be available sometime "in the September/October time frame."