The reviews are mixed after the installation of a temporary roundabout at an Arlington intersection.

ARLINGTON, Va. - The reviews are mixed after the installation of a temporary roundabout at an Arlington intersection.

The roundabout was installed at Military Road and Nelly Custis Drive in October.

The road feature was built as part of the Vision Zero transportation safety program that will test its effectiveness in improving pedestrian safety and reducing vehicle speeding at the intersection. 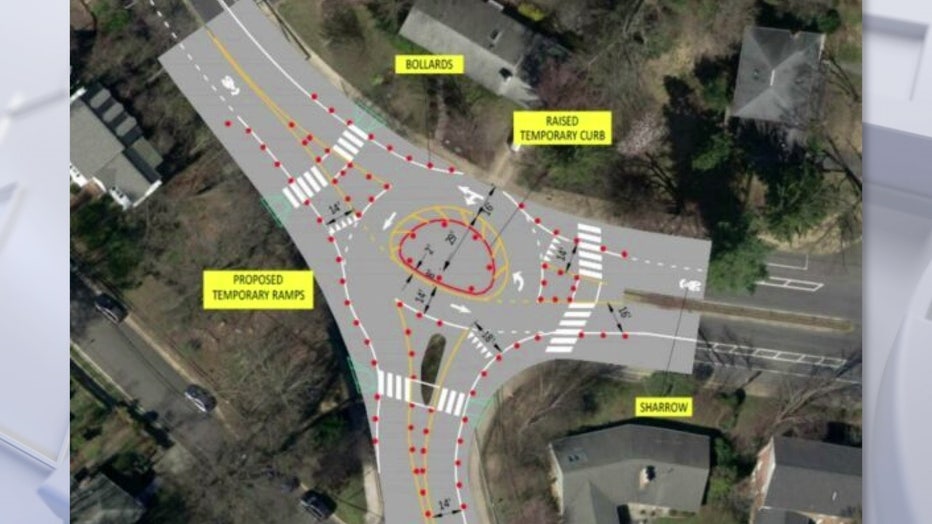 FOX 5's Bob Barnard spoke with some passersby who liked the idea but said it appeared that some drivers didn’t understand how to navigate the roundabout. Barnard also checked out the NextDoor app online where one person likened the roundabout to an obstacle course and another suggested using speed cameras as an alternative.

Officials say the roundabout will be in place for one year to allow data collection of real-world conditions. It can be adjusted as needed or removed if it doesn’t work. Here's a video that shows how to use a roundabout.