The U.S. Department of Transportation has announced that miniature horses are still officially allowed to fly as service animals in all cabins of commercial planes, in a statement aiming to define the guidelines regarding protections for emotional support and psychiatric service cats, dogs and the tiny equines.

Last Thursday, the agency released its final statement of enforcement priorities for service animals, clarifying the federal government’s policies for what types of animals should always be allowed to travel with their owners.

In recent months, both public and professional organizations, including the Association of Flight Attendants (AFA), have urged lawmakers to review the rules for service animal designations during air travel, to combat an alleged culture of “rampant abuse” of protocol. The AFA claimed that the matter was escalating into a “safety, health, and security issue” that was “negatively affecting all passengers.” 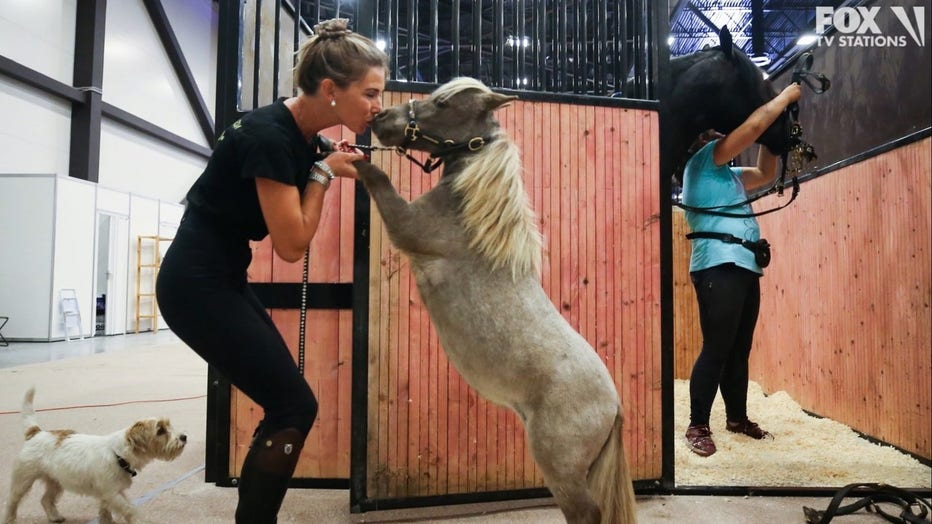 “After reviewing the comments on this issue, we believe that it would be in the public interest and within our discretionary authority to prioritize ensuring that the most commonly recognized service animals (i.e., dogs, cats, and miniature horses) are accepted for transport,” the department's Aug. 8 update stated.

“We stated that while we will focus on ensuring the transport of dogs, cats and miniature horses, we may take enforcement action against carriers for failing to transport other service animals on a case-by-case basis,” it continued.

The announcement doesn’t bind airlines to fly all service miniature horses by law, but does allude to penalties if carriers violate the new rule, CBS reports. Mini horses were also not previously banned by the Department of Transportation.

Domestic airlines were given 30 days to review the mandate and revise company rules to better accommodate service canines, felines and mini equines.

In addition, the policy explained that passengers are allowed to bring up to three animals on a flight, but only one of the transported pets can be an emotional support animal, as per the document.

According to the American Miniature Horse Association, the animals often stand between 2 and 3 feet tall and weigh between 150 and 250 pounds, with an average life span of at least 30 years.

The Department of Transportation's new ruling rejects Delta Air Line’s ban of “pit bull-type dogs” as a specific breed following several onboard incidents. In one case, a passenger was left with a bloody face after another passenger’s dog attacked him.

More specifically, the federal government said that airline employees can bar any animal they consider a safety threat but they cannot issue a blanket ban against an entire breed, such as pit bulls.

Traveling in the high skies with animals – whether emotional support, service or companion – has proven to be one of the most controversial travel topics in recent years.

The floodgates arguably first opened in January 2018, when an emotional support peacock named Dexter and his owner were rejected from boarding a United Airlines flight.

A few months later, a French bulldog died midflight after being accidentally placed into an overhead bin by a United Airlines flight attendant for the duration of the trip.

In response, various domestic carriers have tightened the leash on their respective rules regarding the transportation of all animals.