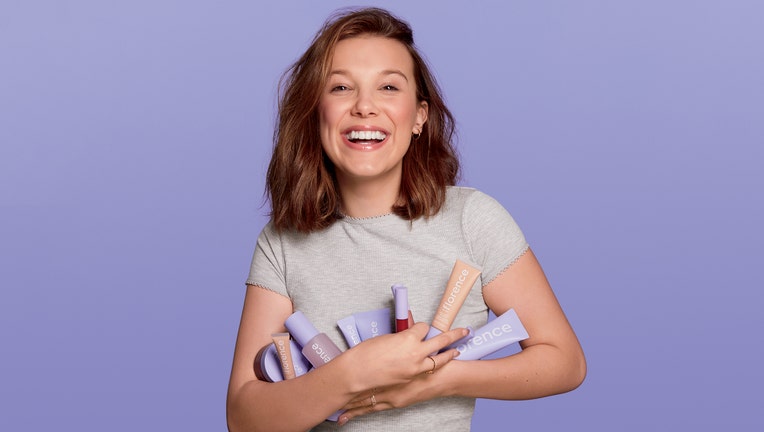 Millie Bobby Brown has responded to accusations that she oddly “didn't apply anything” to her face in new video highlighting products from her clean beauty line, Florence by Mills.

In recent days, the "Stranger Things" star shared her “nighttime skin routine” with the cosmetics on social media, but many viewers agreed that it didn’t look like she was doing anything to her face at all.

In the nearly two-minute clip, which has since been deleted from Instagram but remains on YouTube, Brown demonstrates a face mist, a scrub, a facewash, a moisturizer, and lip oil, claiming to have washed off her face between at least two of the steps.

But, as some pointed out, the 15-year-old actress appears to retain her eye makeup throughout, leading some to believe she was just pretending to use the products and rubbing her dry hands all over her face.

“The mist is the only thing she actually used!” on YouTube commenter complained. “This girl basically just spent two minutes rubbing her face with her bare hands.”

“Wow, a magic invisible product that we couldn't even see being applied,” another smirked. “Millie is such a great actress.”

“I am so confused… if she was actually applying something then all her makeup would be smudging and coming off,” one added.

On Sept. 12, Brown took the makeup matter into her own hands and responded to the accusations on Instagram with a new post.

“I'm still learning the best way to share my routines as I get to know this space better – I'm not an expert,” the “Godzilla” star admitted. “I thought doing a quick video replicating my personal process that night was okay, but that's not what was conveyed. I appreciate all of your feedback on this journey, please keep sharing your thoughts and I will too!”

Notably, Brown appeared to have disabled commenting on the Instagram message.

“I think there was a void in the market for young people, and I think every young person deserves to have a good start to their skin care routine and beauty routine,” she said.