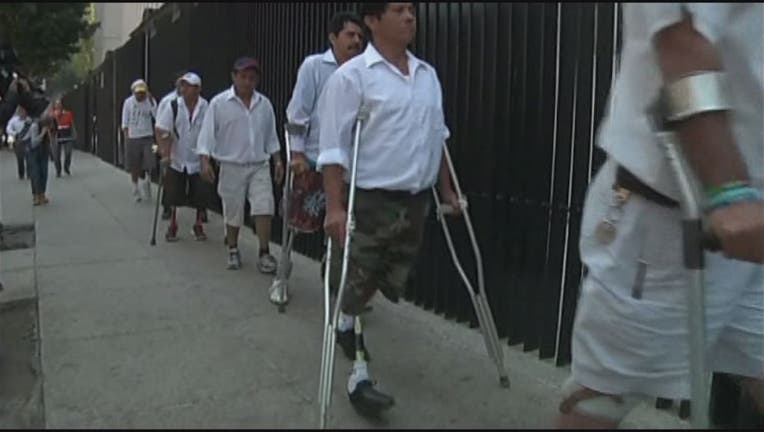 MEXICO CITY, Mexico - After risking their lives in the hopes of making it into the United States, migrants from Central American are demanding safer ways to cross the border.

Thousands of immigrants jump on a freight train called the "La Bestia" -- which means "The Beast." and the name holds true meaning.

Along the route many will end up either losing their limbs or being killed as a result of falling under the wheels.

Many others end up being robbed or attacked by gangs.

If that is not enough of a risk, if you make it alive, you still have a chance of getting caught and arrested.

During a protest Monday, more than a dozen people in attendance had lost a limb in their attempt to cross the border.

They say it should not be that dangerous and are calling for safer alternatives.