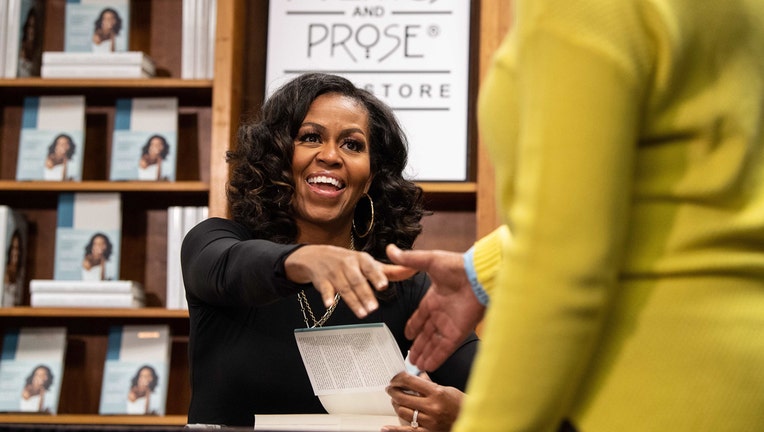 Former US first lady Michelle Obama meets with fans during a book signing on the first anniversary of the launch of her memoir "Becoming" at the Politics and Prose bookstore in Washington, DC, on November 18, 2019. (Photo by NICHOLAS KAMM/AFP via Get

WASHINGTON - Michelle Obama is marking one year since publication of her best-selling memoir at a book signing in the nation’s capital.

The former first lady is signing copies of “Becoming” at a bookstore in Washington, D.C.

More than 11.5 million copies of “Becoming” have been sold around the world since it was first published in November 2018.

She embarked on a rock-star-style book tour to promote “Becoming” in more than 30 cities in the U.S., Canada and Europe.

The book traces Mrs. Obama’s upbringing on the South Side of Chicago, her academic and professional careers, her marriage to Barack Obama, the 2008 presidential campaign and the election that made the Obamas the first black U.S. president and first lady.