SPRINGFIELD, Mass. - Merriam-Webster is giving you the freedom to truly express yourself.

So now, if you want to slam a "tallboy" during a drinking "sesh" while playing "pickleball" on your "vacay" — you can, as all those terms have made it to the pages of the updated dictionary.

The dictionary's editors announced that they have added more than 530 words to its pages in September, as well as 4,000 definition, etymology and pronunciation revisions.

The new words range from “serious to the playful, from the technical to the informal,” the website reads, as it has added words from pop culture, politics, sports, psychology and more. 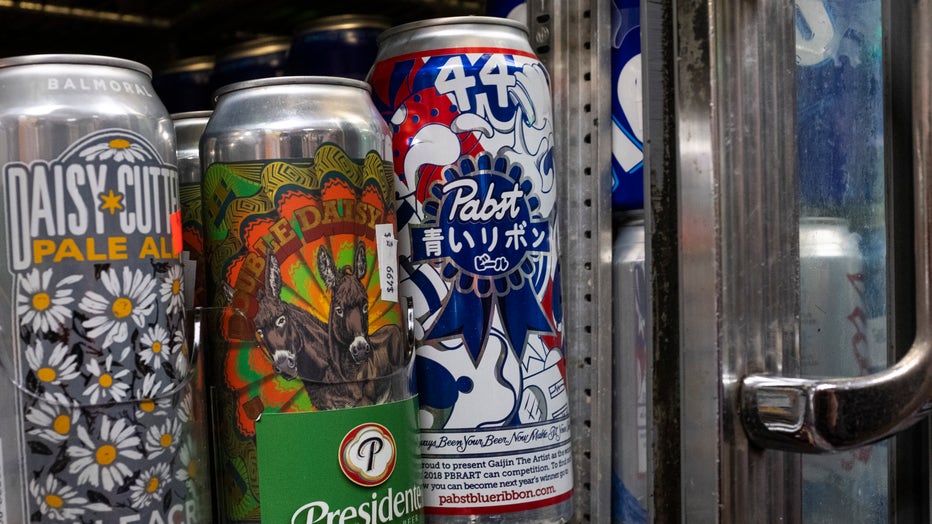 A tallboy can of Pabst Blue Ribbon beer sits in cooler in a convenience store on November 15, 2018 in New York City. (Photo Illustration by Drew Angerer/Getty Images)

Words that were added included the helpful "fatberg," which refers to a large mass of fat and solid waste that collects in a sewer system; "deep state," meaning an alleged secret network of especially nonselected government officials and sometimes private entities; "solopreneur," a portmanteau of solo entrepreneur; "caulrophobia," meaning an abnormal fear of clowns; and of course, the ever-important "dad joke," described as a wholesome (and typically corny) joke with an obvious punchline.

In addition to these new words, the inclusive set (which has been given a new definition relating to the accommodation of people who have been historically excluded) has expanded definitions. Among the official words is the term “they,” which has been updated to be recognized as a pronoun with an added meaning: "Used to refer to a single person whose gender identity is nonbinary.”

"Haircut" also got a new business meaning, referring now to a “reduction in the value of an asset.”

The newest additions join the more than 640 new words that Merriam-Webster included back in April, including "snowflake," "garbage time," "on-brand" and "gender nonconforming," among others.

Get updates to this story on FoxNews.com.