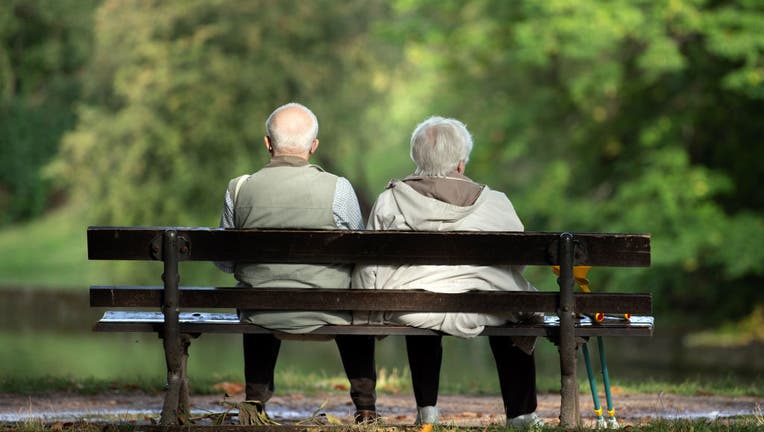 While it’s often said that women generally outlive men, new research suggests that males actually have a high probability of outliving females, particularly men who are married and have a degree.

On average, women still have better odds than men when it comes to life expectancy — which refers to an estimate of the number of years a person can expect to live.

But the authors of the new study, published on Aug. 2 in the journal BMJ Open, found that between 25% and 50% of men have outlived women over the past 200 years. The researchers argued that sex differences in survival are often identified by comparing life expectancy, rather than years actually lived.

Lifespan refers to the maximum number of years a human can live. The researchers said that sometimes "large differences in life expectancy mask substantial overlap in lifespan between the sexes."

The new research, conducted by a team at the University of Southern Denmark, aimed to take a more nuanced approach by exploring certain variables in life between the sexes.

"A blind interpretation of life expectancy differences can sometimes lead to a distorted perception of the actual inequalities [in lifespan]," the authors wrote in the study.

US life expectancy drops a full year in COVID-19 pandemic

Probability of males outliving females: Details of the study

The research team studied sex differences in deaths in 199 populations from every continent over a period of 200 years. It concluded that between 25% and 50% of men have outlived women since 1850.

In other words, the study found that between one and two out of every four men have outlived women for the past two centuries — challenging the conventional wisdom that men simply don’t live as long as women, the researchers said.

The team used life tables by sex and individual years for dozens of countries. They also compared the probability of men outliving women by education level and marital status, using national U.S. statistics on deaths and population counts, according to the study.

In developed countries, the probability of males outliving females fell until the 1970s, after which it gradually increased in all populations, according to the study. The rise and fall in sex differences in life expectancy were mainly attributed to smoking and other behavioral differences, the authors wrote.

Certain external factors seem to have a key role, according to the researchers. Between 2015 and 2019, the probability of males outliving females was 40% across the entire U.S. population, the study noted. But this statistic varied depending on a person’s marital status and education level.

Additionally, married men with a degree were found to have an advantage over unmarried women educated only to the high school level, according to the study.

The researchers found that couples influence each other’s health, too. This was found to be particularly true for men, who benefit more than women from being in a stable relationship, the study said.

Nevertheless, researchers found the death rate has declined faster for women than men, largely due to improvements in infant and child deaths. They noted that men are still disadvantaged at younger and older ages, as males are more prone to accidents and homicides in their 20s and 30s and tend to smoke and drink more — leading to higher cancer prevalence and death in their 60s.

In the future, the team called for a more nuanced approach to studying sex differences in survival.