Melanoma is now the second most prevalent form of cancer among young women.

NEW YORK - One in five Americans will get skin cancer in their lifetime, making it the most common cancer in the U.S. — and its prevalence is on the rise at alarming rates in women according to new research from the American Academy of Dermatology.

Between 1970 and 2009, rates of melanoma — which is the deadliest form of skin cancer — have risen 800 percent among women aged 18-35. It’s now the second most prevalent form of cancer among young women.

Basal cell carcinoma rates have increased 145 percent, and squamous cell carcinoma rates have increased 263 percent during a similar time frame.Limiting exposure to ultraviolet radiation is the best way to reduce risk of skin cancer, but new data shows that instead of avoiding it, women are spending more time exposed to UV radiation. The spike is most notable among Caucasian girls and young women, and is largely attributed to an increase in indoor tanning.

“Because there’s a delay between UV exposure and when skin cancer appears, most women don’t think it will happen to them,” says board-certified dermatologist M. Laurin Council, MD, FAAD, FACMS, an associate professor of dermatology at Washington University in St. Louis.

“This data reveals the disproportionate rise in the number of skin cancers in women and the need for further education regarding UV exposure.”

Researchers estimate that use of tanning beds may cause more than 400,000 cases of skin cancer each year, and they stress that educating young women about the dangers — and especially young Caucasian women who are most at risk — is crucial to lowering prevalence rates.

And contrary to the popular belief that many hold, those who do not burn after indoor tanning sessions are no less at risk than their counterparts. 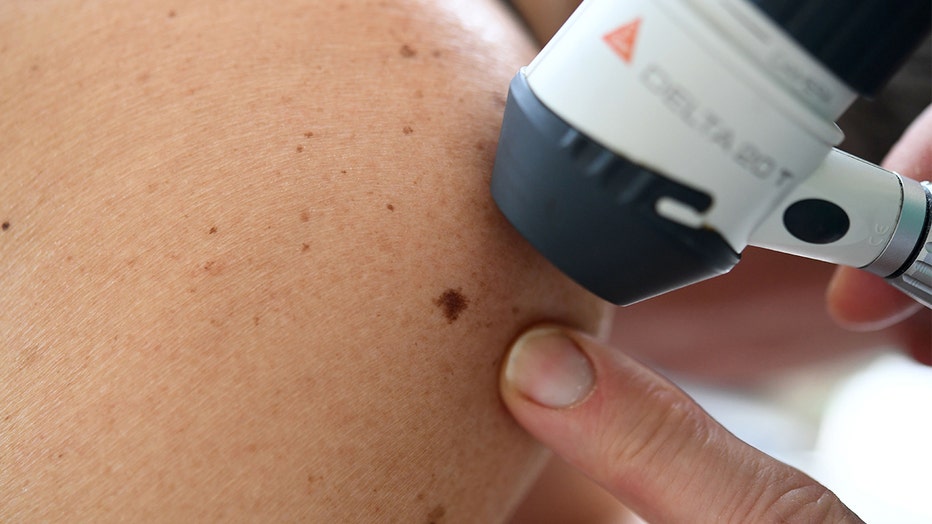 Exposure to UV radiation during indoor tanning sessions damages the DNA in skin cells, and excessive exposure can also lead to premature aging, immune suppression, and eye damage that includes cataracts and potentially ocular melanoma, otherwise known as cancer of the eye that manifests as a malignant tumor which can grow and spread to other parts of the body.

Skin cancer isn’t just costly in terms of a patient’s health, it also costs about $343.1 million each year to treat, which roughly equates to a total economic loss of $127.3 billion over the course of patients’ lifetimes.

The AAD stresses the importance of teaching young people the potential impacts of habits they form when they are young. There are serious long-term effects that come with sunbathing and tanning even if they can’t be seen right away, and with a rate of one in five Americans getting skin cancer in their lifetime, no one should consider themselves immune.

Parents should begin teaching their children from an early age that sun protection is necessary, and any additional UV exposure should be kept as low as possible, according to the AAD. Teaching sun-safety habits — like seeking shade, especially between 10 a.m. and 2 p.m. when the sun’s rays are strongest, wearing protective clothing, and regularly applying a broad-spectrum, water-resistant sunscreen with SPF 30 or higher — from an early age can help kids make safer choices as teens and adults. The AAD suggests parents discourage their children from indoor tanning altogether.

“Everyone should be happy with the skin they were born with and protect it,” says Dr. Council. “Some skin cancers are treatable with surgery, but others are more advanced and may be deadly. It’s important that we modify risky behaviors such as UV exposure to prevent the occurrence of skin cancer.”

Knowing what to look for in the case of developing skin cancer is also incredibly important, and regular dermatologist check-ups can help catch any early signs of skin cancer.

When checking for melanoma, keep in mind the ABCDE’s: assymetry, irregular or poorly-defined borders, varied color from one area to another, diameter greater than the size of a pencil eraser and evolution of the mole’s size, shape or color.