WASHINGTON - Melania Trump has ushered in the holiday season at the White House.

On Monday, the first lady welcomed the White House Christmas Tree – an 18 1/2-foot Fraser fir – which was brought to 1600 Pennsylvania Avenue on a carriage led by two Clydesdales. The Christmas tree came from Dan and Bryan Trees of West Virginia, according to FLOTUS’ official Twitter account. 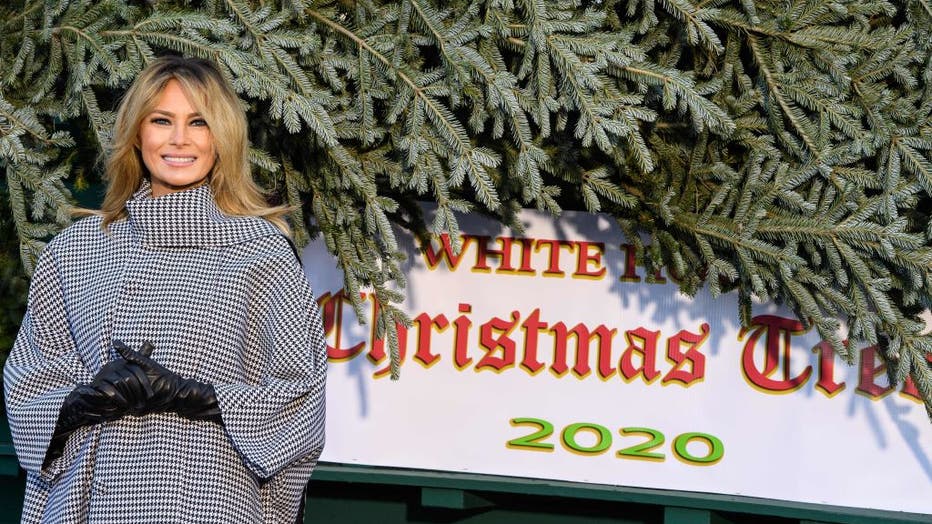 Upon arrival, Melania met the carriage outside and walked around examining the festive fir and posing for photos. She was dressed in a fashionable Balenciaga coat, black gloves and high-heeled boots. The carriage driver was wearing a mask, though the first lady did not appear to wear one in the photos.

Others in attendance were the tree farm owners and a military band, which played Christmas carols.

FLOTUS announced the anticipated arrival of the Christmas tree in a tweet Sunday, calling it an “iconic holiday tradition.”

The National Christmas Tree Association said that, in normal years, “the selection of the White House Christmas tree is a media event at the NCTA Champion Grower’s farm attended by 100 or more people to observe the White House team select the perfect tree for the Blue Room.”

“But…2020 is far from a normal year – there was no selection event this year.” 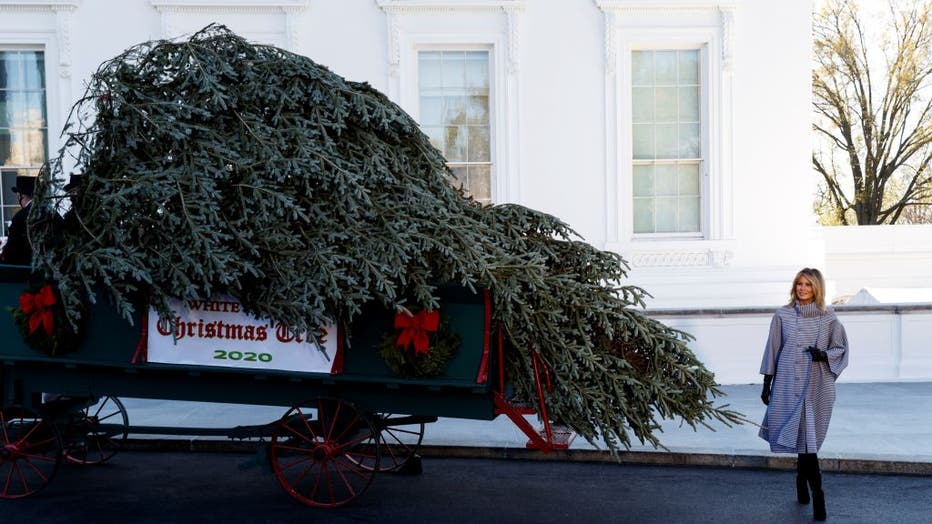 The tree will take its place in the Blue Room of the White House, where it will be decorated. Melania has yet to reveal this year’s holiday theme, a task typically taken on by the first lady.

In the past, some of FLOTUS’ Christmas decorations have been controversial, though the first lady has always defended her interior design aesthetic.

Get updates on this story from foxnews.com.The Associated Press contributed to this report.