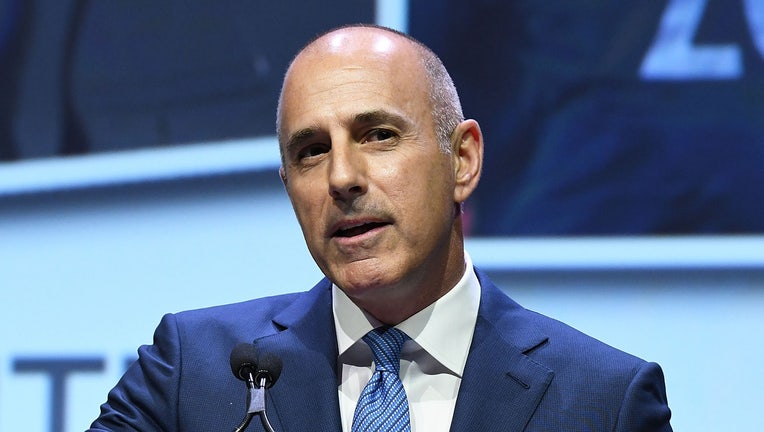 NEW YORK CITY - Ronan Farrow’s highly anticipated book will include shocking claims that former “Today” host Matt Lauer anally raped an NBC News colleague during the 2014 Olympics in Sochi, according to Variety, but the disgraced anchor is strongly denying the graphic allegation.

The release of the book, “Catch and Kill,” has been closely guarded, but Variety reportedly obtained a rare advance copy. Farrow, who famously helped expose Harvey Weinstein as a sexual predator and launched the #MeToo movement, reported new claims against Lauer directly from his accuser, according to the Variety bombshell. (Fox News has not seen a copy of the book.)

Lauer denied the graphic rape claim in a strongly worded letter that his lawyer provided to Variety on Wednesday, in which the former “Today” co-host said he was initially quiet for the sake of his children -- but will now defend himself.

“It is alleged that an extramarital, but consensual, sexual encounter I have previously admitted having, was in fact an assault. It is categorically false, ignores the facts, and defies common sense,” Lauer wrote.

“I had an extramarital affair with [a colleague] in 2014. It began when she came to my hotel room very late one night in Sochi, Russia. We engaged in a variety of sexual acts... each act was mutual and completely consensual,” Lauer added.

But Farrow wrote that the former NBC News employee -- whose complaint eventually led to Lauer’s firing in 2017 -- said the incident occurred after she ran into Lauer at a hotel bar over drinks with Meredith Viera during the Sochi games, according to the report.

Fox News is not naming the alleged victim at this time, despite Farrow, Variety and Lauer’s attorney each revealing her identity.

Farrow reportedly wrote that the alleged victim went to Lauer’s hotel room twice that night, first because Lauer jokingly took her press credentials and a second time because the ex-NBC News host invited her back.

She “had no reason to suspect Lauer would be anything but friendly based on prior experience,” Farrow wrote, according to Variety.

Farrow reportedly wrote that the alleged victim said she didn’t want to partake in the act several times before she eventually cried into a pillow while Lauer proceeded without her consent. According to Variety, the alleged victim indicated that she was in pain for several days after the 'nonconsensual" incident.

“Matt Lauer’s conduct was appalling, horrific and reprehensible, as we said at the time. That’s why he was fired within 24 hours of us first learning of the complaint. Our hearts break again for our colleague,” NBC News said in a statement to Fox News.

Neither Lauer nor his attorney immediately responded to Fox News’ requests for additional comment.

In the letter provided to Variety, Lauer said the story the alleged victim told “is filled with false details intended only to create the impression this was an abusive encounter.”

The new allegations drew a sharp and somber reaction from the disgraced anchor’s former colleagues on NBC’s “Today” show Wednesday.

“Today” co-host Savannah Guthrie was clearly emotional when reporting the latest on Lauer.

“I feel like we owe it to our viewers to pause for a moment, you know, this is shocking and appalling,” Guthrie said. “I honestly don’t even know what to say about it.”

The Peacock Network then aired a statement from NBC News Chairman Andy Lack, who is a key figure in the Variety report himself.

"Our highest priority is to ensure we have a workplace environment where everyone feels safe and protected. We are absolutely committed to making this a reality. There can be no exception,” Lack said.

Farrow also reportedly wrote in his upcoming tell-all that the alleged victim had more sexual encounters with Lauer once they were back in New York and sources close to Lauer said she sometimes initiated them.

"This is what I blame myself most for,” she reportedly told Farrow. “It was completely transactional. It was not a relationship.”

Lauer, through his attorney, also addressed this detail in the letter denying her claim.

“She claims our first encounter was an assault, yet she actively participated in arranging future meetings and met me at my apartment on multiple occasions to continue the affair,” Lauer wrote. “She says I was the one pursuing the relationship, yet once it was over, she was the one calling me asking to rekindle it.”

Lauer also wrote, “For two years, the women with whom I had extramarital relationships have abandoned shared responsibility, and instead, shielded themselves from blame behind false allegations. They have avoided having to look a boyfriend, husband, or a child in the eye and say, ‘I cheated.’ They have done enormous damage in the process. And I will no longer provide them the shelter of my silence.”

Farrow was an NBC News employee when his Weinstein reporting helped launch the #MeToo movement in 2017. NBC has long claimed that Farrow’s reporting, as presented to them, was not up to snuf, but the celebrity scion’s work ultimately appeared in the New Yorker and won the coveted Pulitzer Prize.

Critics have long pondered if NBC didn’t expose Weinstein because the network was aware of Lauer’s own sexual-misconduct issues. “Catch and Kill” is expected to reveal Farrow’s side of the story regarding why NBC allowed him to bring the award-winning report to the New Yorker.