Keanu Reeves will reprise his role as the famed protagonist Neo along with Carrie-Anne Moss as his essential counterpart Trinity. Lana Wachowski is set is to write and direct the new fourth film.

HOLLYWOOD - A “Matrix 4” sequel is officially a go with Keanu Reeves, Carrie-Anne Moss and Lana Wachowski.

Reeves will reprise his role as the famed protagonist Neo along with Moss as his essential counterpart Trinity.

Wachowski is set is to write and direct the new fourth film. She co-created “The Matrix” will her sister, Lilly.

“We could not be more excited to be re-entering ‘The Matrix’ with Lana,” Emmerich said. “Lana is a true visionary — a singular and original creative filmmaker — and we are thrilled that she is writing, directing and producing this new chapter in ‘The Matrix’ universe.” 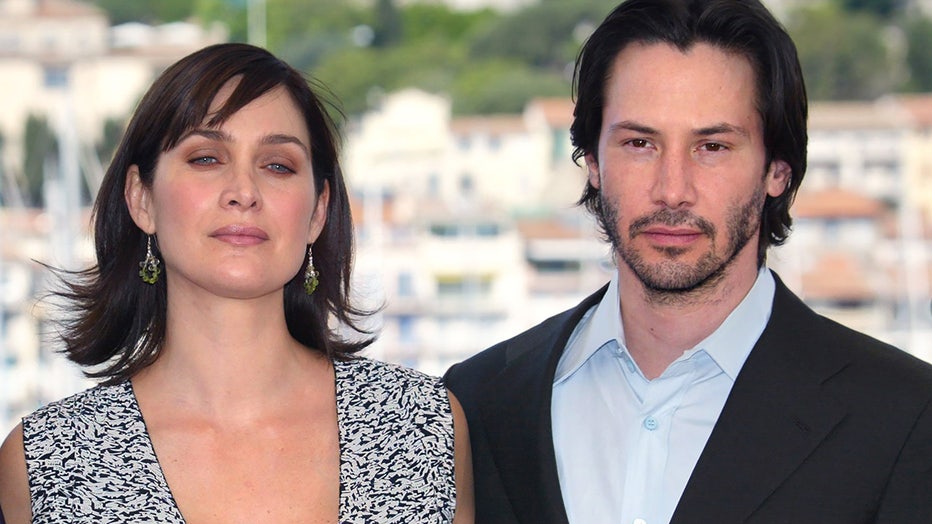 Actor Keanu Reeves and Canadian-born actress Carrie-Anne Moss pose for photographers on a terrace of the Palais des festivals during the photocall for "Matrix Reloaded." (FRANCOIS GUILLOT/AFP/Getty Images)

With a script from Wachowski and Reeves boasting a strong box office summer with hits “John Wick 3” and “Toy Story 4,” the studio saw an opportunity to ramp up development, the entertainment outlet reported.

The three previous films, “The Matrix,” “The Matrix Reloaded” and “The Matrix Revolutions,” were all written and directed by Lana and Lilly Wachowski. Reeves and Moss also starred in all three films, which cumulatively earned more than $1.6 billion at the global box office.

“Many of the ideas Lilly and I explored 20 years ago about our reality are even more relevant now. I’m very happy to have these characters back in my life and grateful for another chance to work with my brilliant friends,” Lana said, according to Variety.

Fans, meanwhile, are here for it, barely containing their excitement on social media.

“I am so here for a Matrix 4! Especially since Keanu Reeves and Carrie-Anne Moss have only gotten hotter,” user Jamie Jirak tweeted.

“Neo foreverrr,” another user tweeted in response, along with a gif of Neo stopping bullets.

The first “Matrix” film’s 20th anniversary is this year. AMC Theatres is celebrating with special screenings at select locations from Aug. 30 to Sept. 5.

Sources told Variety that the film will likely begin production in 2020. “Matrix 4” does not yet have a release date.