WASHINGTON - A massive overnight fire destroyed a home under renovation in Northwest, D.C. 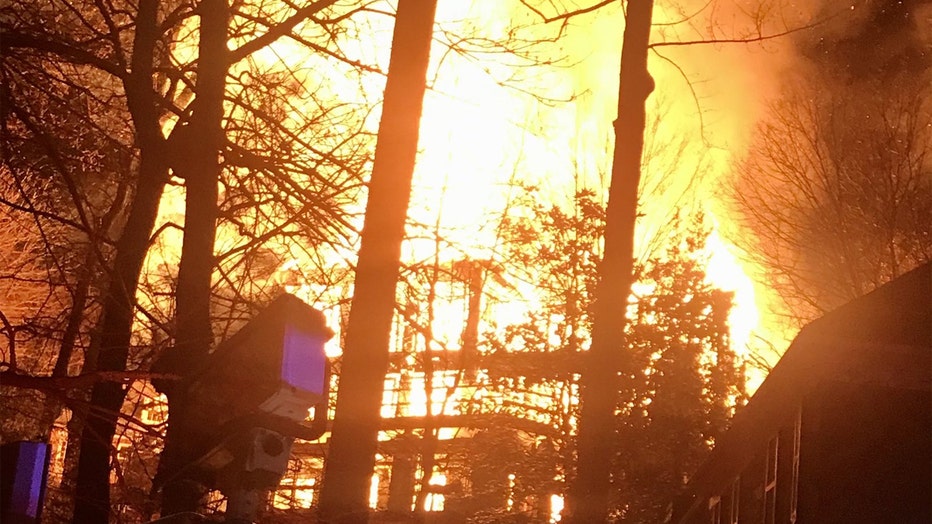 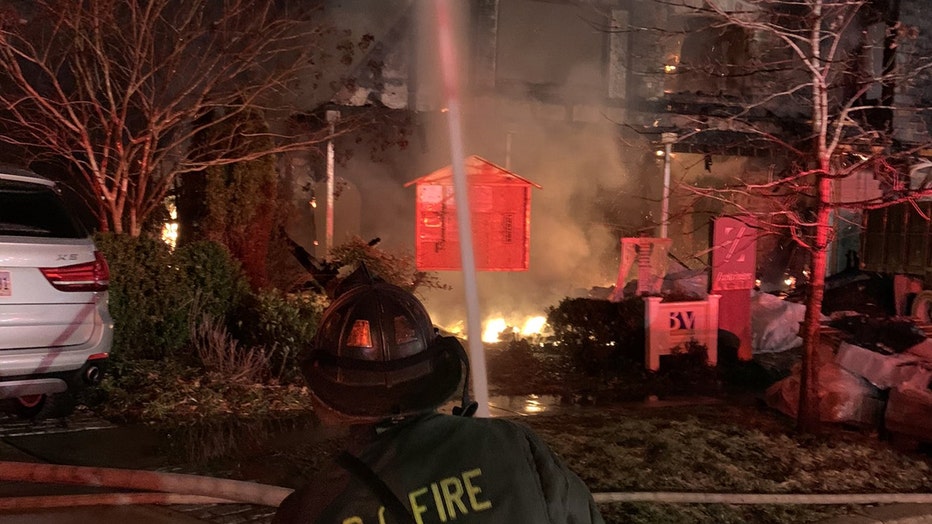 The two-alarm fire was reported around 12:41 a.m. Wednesday at a three-story home in the 2600 block of 31st Street. Images from the scene show the home fully engulfed in flames when firefighters arrived and photos posted online show the smoke visible for miles. Officials say much of the structure collapsed in the flames.

Authorities say the fire extended to and damaged homes on both sides of the structure. Officials say one firefighter was transported with non-life-threatening injuries. No other injuries were reported, however, three residents of the adjacent homes were displaced.

Fire officials responded to several other fires Tuesday night including a fire that displaced 30 residents on Mt. Olivet Road in Northeast, D.C. and a two-alarm fire on G Street in the Southeast.