An 8-foot-long beehive was discovered in the ceiling of a Richmond apartment.

Virginia Wildlife Management and Control said in a statement that they removed the hive from the ceiling of a living room in Richmond on Monday. The space was in between tenants at the time. 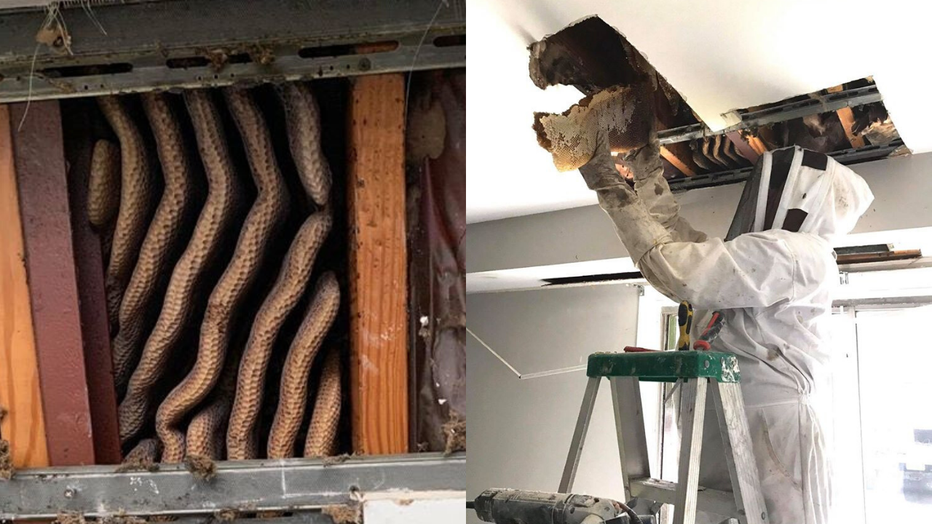 An 8-foot-long beehive was discovered in the ceiling of a Richmond apartment. (Virginia Wildlife Management and Control)

The company said the hive produced about 80 to 100 pounds of honey, although only about 15 to 20 pounds was able to be salvaged.

Rich Perry, owner of the wildlife control company, told The Charlotte Observer that the hive was big enough to support 100,000 to 150,000 bees. But he said it wasn’t fully occupied. 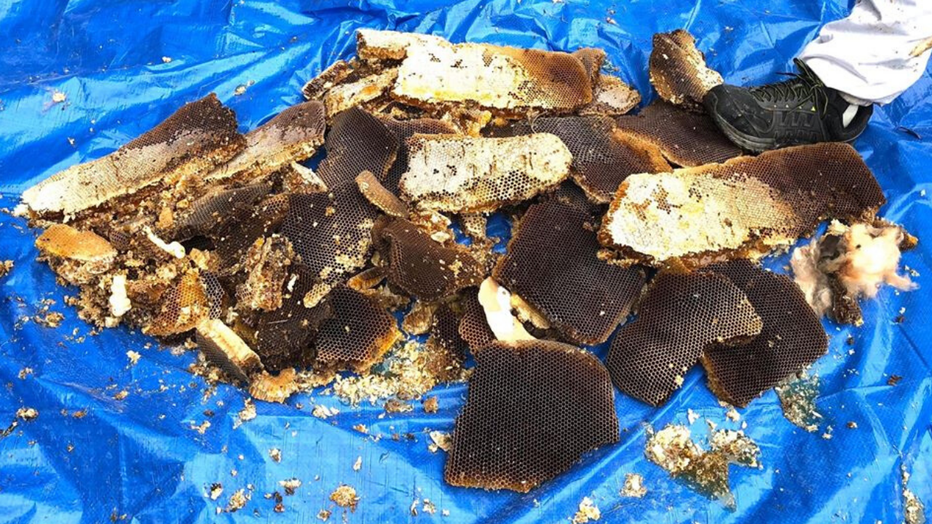 Officials say nearly 100 pounds of honey were removed from a beehive found in a Richmond apartment. (Virginia Wildlife Management and Control)

Perry said it was extremely unusual to find such a large hive inside a building. He said the hive of Italian bees was likely to be at least 2 years old. He said the bees probably got in through holes in the siding and found a home between rafters and sheet rock. 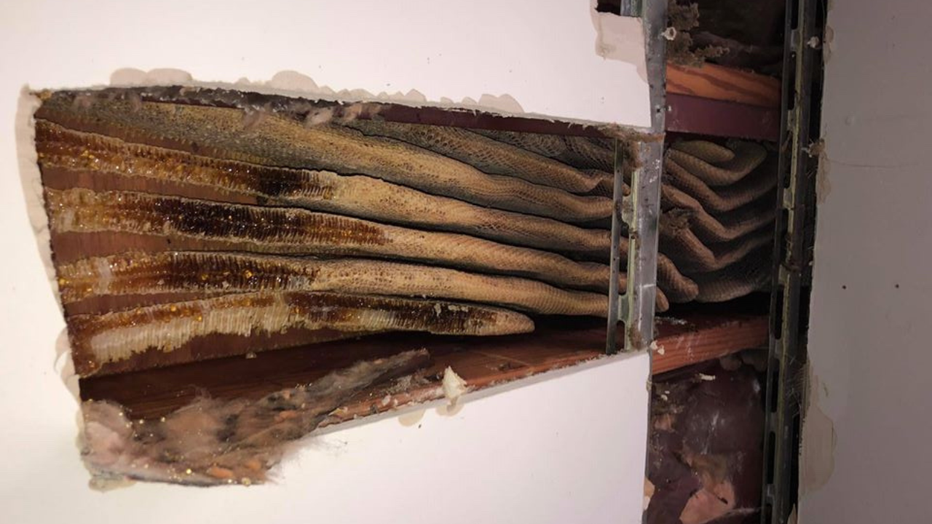 A beehive containing up to 150,000 bees was found in the ceiling of a Virginia apartment. (Virginia Wildlife Management and Control)

The company said it has a “no kill” policy with bees. But he said the company could not find the queen after an extensive search and that the hive could not be saved.