ANNAPOLIS, Md. - Sports betting would be allowed at Maryland’s six casinos, horse racing tracks and potentially at a Washington Redskins stadium, under a measure the Maryland Senate approved Tuesday. 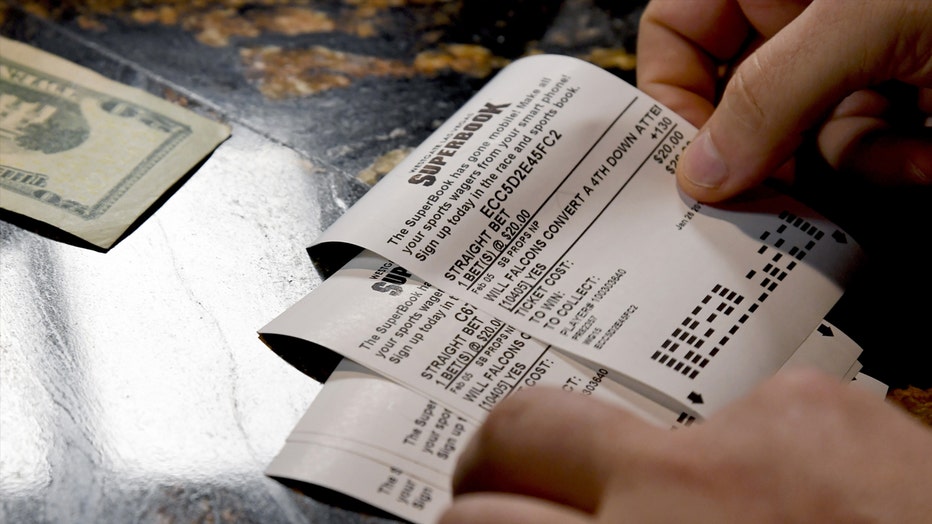 A bettor places wagers on some of the more than 400 proposition bets for Super Bowl LI at the Race & Sports SuperBook at the Westgate Las Vegas Resort & Casino on January 26, 2017 in Las Vegas, Nevada. (Photo by Ethan Miller)

The Senate voted 47-0 for the legislation, which now goes to the House. If the General Assembly approves the measure to allow wagering on professional and college sports, voters would have the final say in a November referendum.

The Redskins currently play in Landover, Maryland, in the suburbs of the nation’s capital. Talks have been ongoing with Virginia, Maryland and the District of Columbia on a new stadium to replace FedEx Field when its lease expires in 2027.

Sports betting could raise about $20 million a year for education in the state, according to state analysts. Democrats who control the legislature have been considering revenue measures to help pay for a far-reaching education proposal to improve schools that is expected to cost billions of dollars over the next decade.

In addition to the state’s casinos, wagering would be allowed at horse racing tracks, including Pimlico Race Course, home to the Preakness Stakes in Baltimore, Laurel Park and the Maryland State Fair.

Bets could be placed in a sports-wagering lounge, on a self-service kiosk or machine in a facility with a license or through online sports wagering by someone physically located in the state.

The U.S. Supreme Court in 2018 struck down a 1992 federal law prohibiting sports betting in most states. Since the law’s repeal, it’s been up to individual states to decide their own sports-gambling course and 14 have now legalized it, including several states neighboring Maryland. Six other states are expected to launch sports betting operations this year.