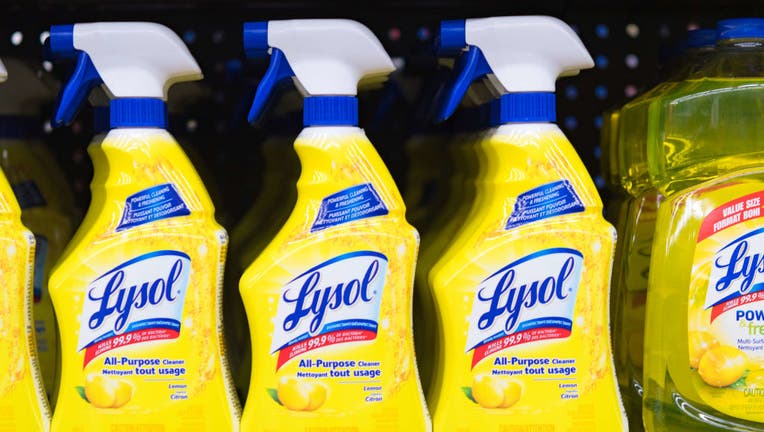 The Republican governor spoke about the emergency hotline calls and Trump’s offhand comment during appearances on CBS’ “Face The Nation” and ABC’s “This Week” on Sunday morning. On Friday, the Maryland Emergency Management Agency tweeted a “reminder” that under no circumstances should any disinfectant be injected or ingested.

Hogan said “communicating very clearly on the facts” has been important to him since the COVID-19 pandemic began.

“I think when misinformation comes out or you just say something that pops in your head, it does send a wrong message. We had hundreds of calls come into our emergency hotline at our health department asking if it was right to ingest Clorox or alcohol cleaning products, whether that was going to help them fight the virus,” he said during his ABC appearance.

During a press briefing on Thursday, Trump said research was underway into the effect that disinfectants have on the virus and questioned if they could be injected into people.

“Is there a way we can do something like that, by injection inside or almost a cleaning?” Trump asked. “Because you see it gets in the lungs and it does a tremendous number on the lungs. So it would be interesting to check that.”

The White House accused the media of misrepresenting the president’s comments. Trump said he had been speaking sarcastically.

Hogan said Trump needs to “stick to a message and make sure that these press conferences are fact-based.”

“I think other people in the administration have been trying to make that clear to him, as well,” he added.