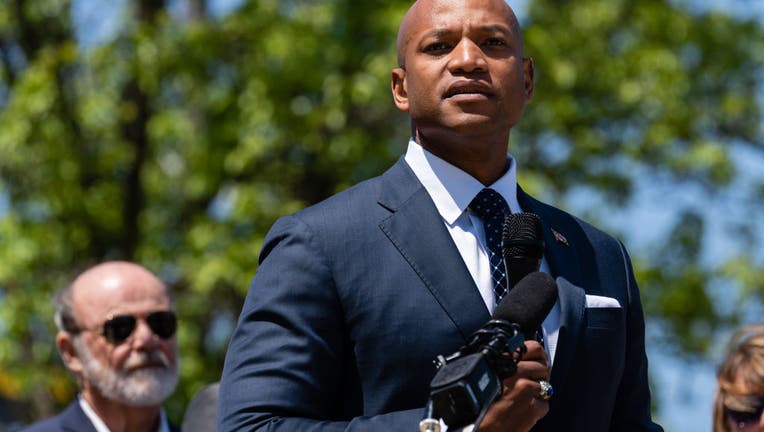 Wes Moore is the winner of Maryland's Democratic primary for governor, the Associated Press reported Friday.

Moore was locked in a tight race with candidate Tom Perez after the counting of mail-in ballots began, but was able to pull away and get the victory.

Moore, who was backed by Oprah Winfrey, was born in Takoma Park and served as a captain and paratrooper with the U.S. Army’s 82nd Airborne. He also served as a White House Fellow. In 2010, he wrote "The Other Wes Moore," which is now commonly assigned reading in Maryland schools, according to his website. The book follows the story of two men with the same name whose lives followed different paths.

FOX 5's Maureen Umeh has the latest on the Maryland primary results from governor to comptroller to attorney general.

Moore was also the chief executive officer of the Robin Hood Foundation, an anti-poverty non-profit, from 2017 to 2021.

Moore and his running mate Aruna Miller, will now take on Dan Cox, the Trump-endorsed candidate who won Republican nomination for governor, and running mate Gordana Schifanelli in the November 8 general election.

Moore will be the strong favorite in the November election against Cox, a right-wing member of the Maryland House of Delegates whose extreme brand of politics is considered a liability in a heavily Democratic state that twice elected centrist Republican Gov. Larry Hogan. Moore would be the state’s first Black governor if elected.

RELATED: Maryland 2022 Primary: Where each gubernatorial candidate stands on abortion

Maryland's Democratic primary results were delayed thanks to a state law that prohibits counties from opening mail ballots until the Thursday after election day. There is one race that has yet to be called in Maryland, the Democratic primary for Montgomery County Executive. As of Saturday morning, less than 300 votes separates candidates David Blair and Marc Elrich.

FOX 5's Tom Fitzgerald is breaking down the latest numbers in the Democratic primary race for Montgomery County Executive, which currently remains too close to call between David Blair and Marc Elrich.