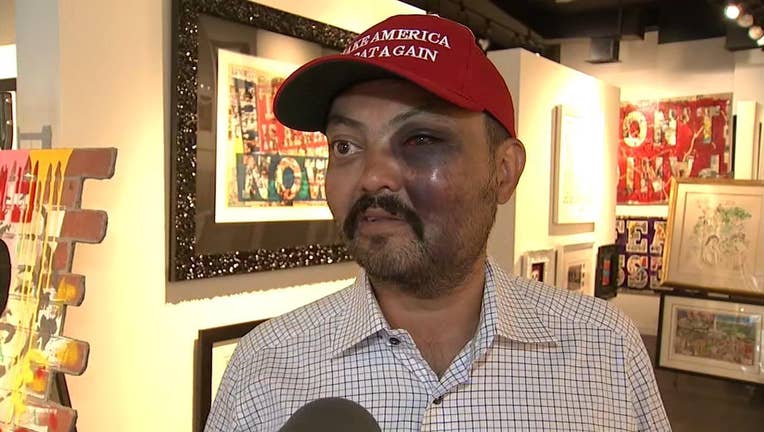 Jahangir "John" Turan, 42, says it happened Tuesday evening on Canal Street.  He was wearing the MAGA hat that he had purchased earlier in the day at Trump Tower.

He says the group of about 15 "kids" yelled "F*** Trump" and stomped on him.  One of them smashed his head into a scaffold.  Turan says he suffered a fracture in his cheek and a badly swollen eye.  He's awaiting an eye specialist to determine if there is any permanent damage to his sight.

He held a Thursday afternoon news conference to demand that the NYPD find those responsible for the attack.

As for wearing the hat again in New York City, he says he'll think twice before doing it again.

"It's sad to get beat up for wearing this hat.  This is America," Turan said.

FOX 5 NY will update this story with any police statement.

Editor's note:  This story has been updated to reflect that the incident took place on Tuesday and not Monday.