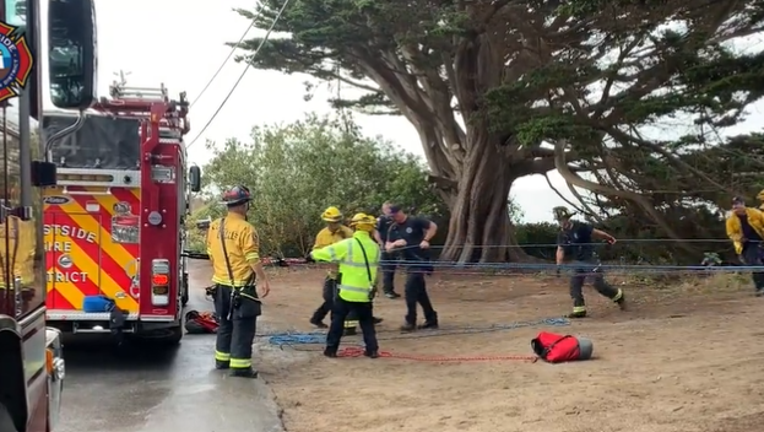 Coastside Fire crews made a daring rescue on Friday, helping a man who fell nearly 100 feet off a cliff to safety.

Officials say a man, who has not been named, was walking along a cliff at Moss Beach in San Mateo County when the cliff edge crumbled beneath him causing him to fall.

Officials say a woman nearby heard the man calling for help around 8:30 a.m. and called authorities.

Video of the rescue shows officials pulling the man to safety using a series of ropes. Near the end of the video, you can hear the man speaking with authorities, but his condition is unknown.

Following the rescue, officials shared advice with the public ""Avoid cliff edges as they are unstable."