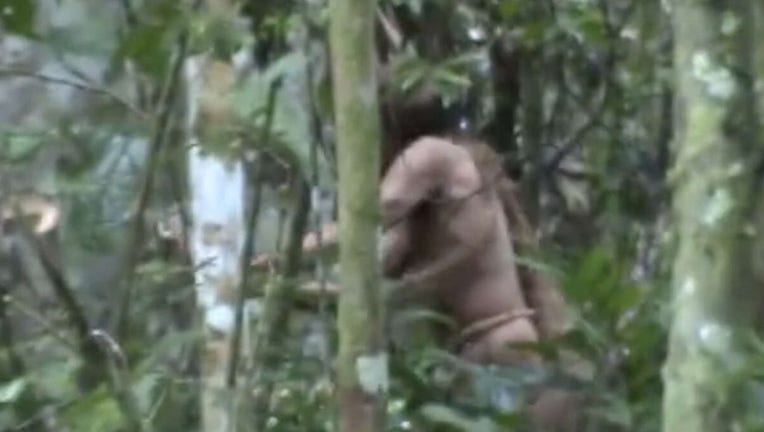 A provided still from a 2018 FUNAI video, filmed during a government monitoring mission, shows the man chopping a tree. (Credit: FUNAI)

A man who was the last surviving member of an uncontacted indigenous tribe in Brazil — often referred to as the "Man of the Hole" — has died after living in isolation for over two decades, according to the country’s indigenous agency.

The man received this moniker for his habit of constructing deep holes, some with sharpened stakes in them to trap animals, Survival International, a nonprofit protecting tribal rights, said in a statement. He would also dig holes inside structures to hide in, according to a previous account written by Fiona Watson, Survival’s Research and Advocacy Director.

The man remained the only inhabitant of the Tanaru indigenous territory in Brazil’s Rondonia state, located in the western part of the Amazon. The rest of his people were massacred in a series of attacks beginning in the 1970s, according to Survival International.

After six of the remaining members of his tribe were killed in an attack, he had lived in isolation for an estimated 26 years, according to Brazil’s indigenous agency, called the National Indian Foundation (FUNAI), and other reports.

Over the years, the man resisted attempts to contact him and little was known about his language or tribe.

On Aug. 23, the indigenous man's body was found in a hammock in his hut, FUNAI said. There were also no signs of violence or struggle. 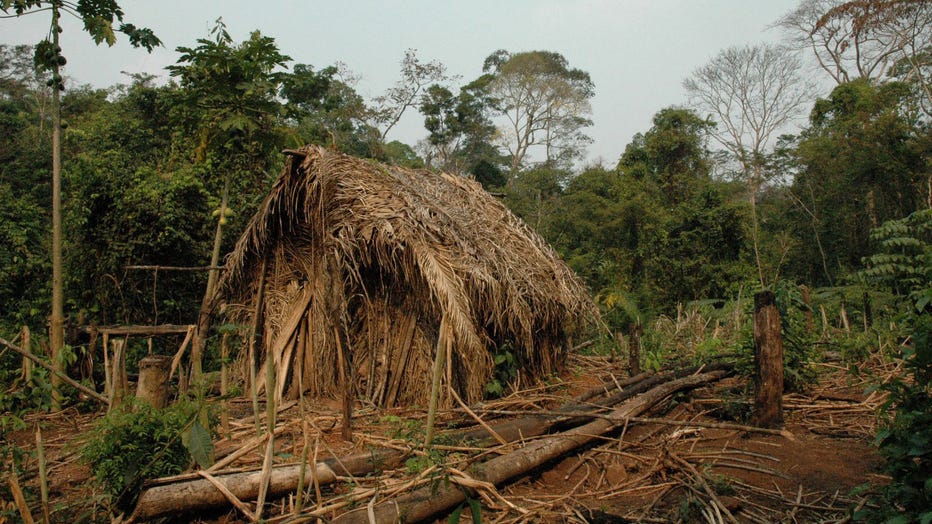 One of the man’s huts is pictured in a provided image. (Credit: Survival International)

Watson, who visited the man’s remote territory in 2004, noted the loneliness and courage of his existence.

"I still try to imagine the loneliness and fear of ‘The Man of the Hole. It’s impossible to know what he or any of us would feel in that situation," Watson told FOX Television Stations.

"What sticks with me too is his remarkable resilience and courage in managing to live alone and entirely off his forest home, with no company or anyone to talk to in his language," she added.

Watson recalls 2004 visit to man’s territory: His presence was ‘everywhere’

The Tanaru territory, where the man lived, exists "as a small island of forest in a sea of vast cattle ranches," in one of the most violent regions in Brazil, according to Survival International.

Watson first heard about "the Man of the Hole" in the 1990s while in the western Amazon visiting a neighboring tribe. Her contacts in FUNAI shared reports about the killing of Indigenous people in the Tanaru territory. Cattle ranchers had hired gunmen to illegally clear the land, and Watson heard "that a few had survived the massacres."

In 2004, Watson became one of the very few outsiders to have visited the territory on one of the official FUNAI monitoring missions. Led by guides, she described how his presence was "everywhere" during their visit, and she could sense him "watching our every move" at the time. 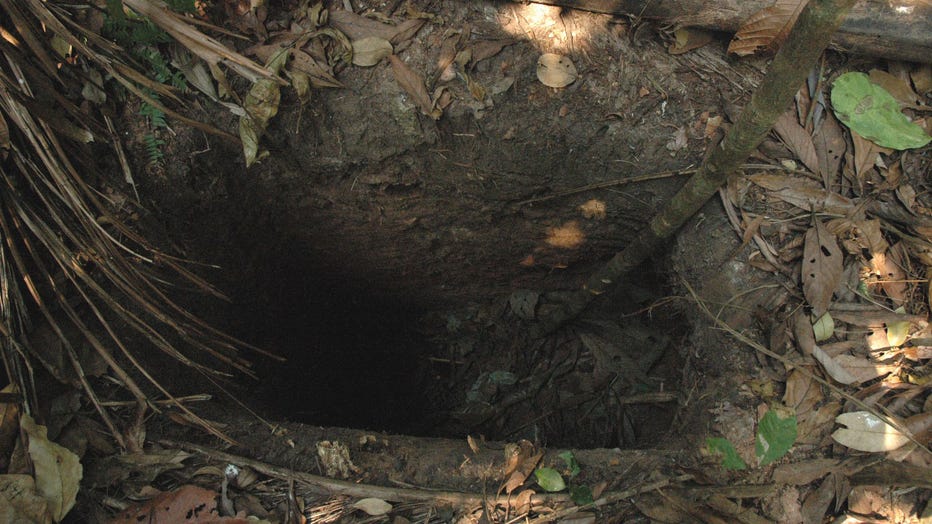 A hole the man dug inside a hut. Credit: Survival International)

They found his carved arrowheads, groups called "calabashes" for storing water, dried nuts, and a torch he had made from resin. His garden was brimming with produce, including corn and a fruit called "paw paw," and they observed his hunting shelters made of leaves and a palm tree — which he has chopped down to extract the palm heart.

I still try to imagine the loneliness and fear of 'The Man of the Hole.' It’s impossible to know what he or any of us would feel in that situation. What sticks with me too is his remarkable resilience and courage in managing to live alone and entirely off his forest home, with no company or anyone to talk to in his language

A few months after her 2004 visit, FUNAI enlarged the man’s tiny territory by 3,000 hectares (about 7,413 acres) to give him more space and more game to hunt. Five years later, there was an attempted invasion of the territory when FUNAI’s protection post was ransacked and shots were fired, according to Watson.

However, the man was "by and large" able to live in relative peace thanks to the dedication of the local FUNAI field team, which regularly monitored his territory to check that he was still alive and in good health.

In rare footage, the man was filmed by a government team in 2018, appearing to chop into a tree.

Man of the Hole’s death is ‘a wakeup call’

When the man’s body was found this month, Brazil’s indigenous agency said there were "no traces of the presence of people at the site," nor "any markings in the woods seen along the way."

"The belongings, utensils and objects customarily used by the indigenous people remained in their proper places. Inside the hut there were two fireplaces close to his hammock," a statement reads.

FUNAI said that everything indicated his death "was due to natural causes" and would be confirmed by a medical examiner's report.

Watson said the man’s death "is a wakeup call" and a reminder of the constant threat other indigenous, uncontacted people in the Brazilian Amazon face from illegal miners and loggers.

"For me, his life and story show how important it is to value human diversity and to do all we can to prevent similar genocides from happening now," Watson said. "It’s an indictment of our age and society that he was the sole survivor of a hidden genocide."

The Tanaru territory is one of seven territories in Brazil that is currently under a Land Protection Order, which makes it illegal for loggers, miners, and other invaders to enter the tribes’ lands. The order expires in 2025, Watson said — who has spoken out against Brazilian President Jair Bolsonaro and allies for campaigning to abolish these protections in the name of economic development.

The Observatory for the Human Rights of Uncontacted and recently-Contacted Peoples (OPI) and Survival International have called for the man’s territory to be permanently protected as a memorial to indigenous genocide.

Watson said that preserving Tanaru and its forest would be "a fitting tribute to this remarkable man."

"Like the Man of the Hole, (uncontacted peoples) are a vital part of our human diversity and, with their extraordinary knowledge of the Amazon, are the best conservationists of this important forest region," Watson said. "The best way to prevent the destruction of the Amazon is to campaign for their land rights."