22-year-old arrested for sexually assaulting woman at knifepoint in her Reston apartment: police

At a press conference Tuesday, officers announced the arrest of 22-year-old Anthony Agee. He faces multiple charges including rape, abduction and prevention of a 911 call.

RESTON, Va. - Fairfax County police have identified the man arrested in connection with a sex assault case they say happened in a Reston apartment Sunday.

At a press conference Tuesday, officers announced the arrest of 22-year-old Anthony Agee. He faces multiple charges including rape, abduction and prevention of a 911 call. 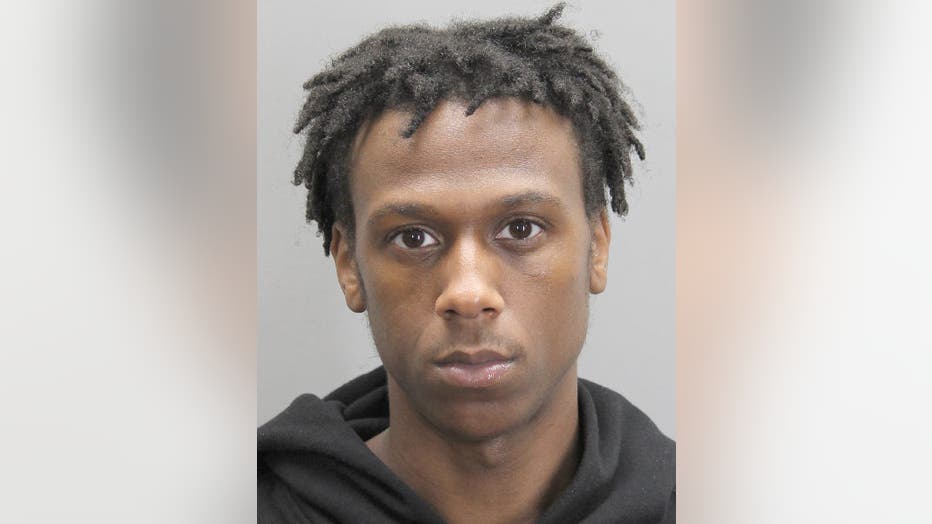 He is being held at the Fairfax County Detention Center on no bond.

Police said the attack happened around 11:50 p.m. Sunday in the 2200 block of Lovedale Lane near South Lakes Drive.

The victim reported waking up inside her apartment to a man wearing a mask and gloves sexually assaulting her. Police said there was no sign of forced entry.

The victim was hospitalized with injuries that are not life-threatening.

Fairfax County police have arrested a man who they say sexually assaulted a woman at knifepoint. The victim was asleep in her home at the time. FOX 5's Lindsay Watts reports from Reston with reactions from neighbors.

Neighbors at the condo community said there was a man seen peeping into windows in the area not long before the attack. Police believe Agee was that same person.

A hand print was lifted from a sliding glass door after a June 9 incident. The fingerprints were ID'd as Agee, allowing officers to arrest him on peeping and indecent exposure charges.

Once in custody for the June charges, officers questioned him about the rape, and an "abundance of evidence" allowed them to press the additional charges.

The suspect was not known to the victim, but officials say the encounter was not random. They believe Agee "selected his victim out" and that Agee was a "predator" within the neighborhood.

Longtime resident Barbara Morgan was upset to hear what happened.

"I always feel kind of safe because the way the apartments are situated, so it’s very scary," Morgan said.

"In this neighborhood, there are a lot of women who live alone and so we all kind of try to look out for each other," said Barbara Kneebone, another resident. "Just because we live by all these wonderful paths, but they do pose a certain risk."

She referenced the trails around the condo community that could potentially allow someone to come or go more easily undetected.

Suspect accused of sexually assaulting woman at knifepoint in her Reston apartment, arrested

Fairfax County police announced they made an arrest in a sex assault case less than 24 hours after investigators said a woman woke up to a man with a knife in her home.

Despite the arrest, police said they still want neighbors to look at their surveillance cameras if they have them.

"We’ve collected some video surveillance from the neighborhood, and we’re very thankful for that, but we think there’s more out there," said Major Ed O’Carroll, Bureau Commander of Major Crimes for Fairfax County Police. "This predator may have been in the area previously, so we’re canvassing the whole neighborhood, but we haven’t talked to everyone."

Officials say additional charges could be announced as they look at connections between Agee and other cases in Reston and Fairfax County.