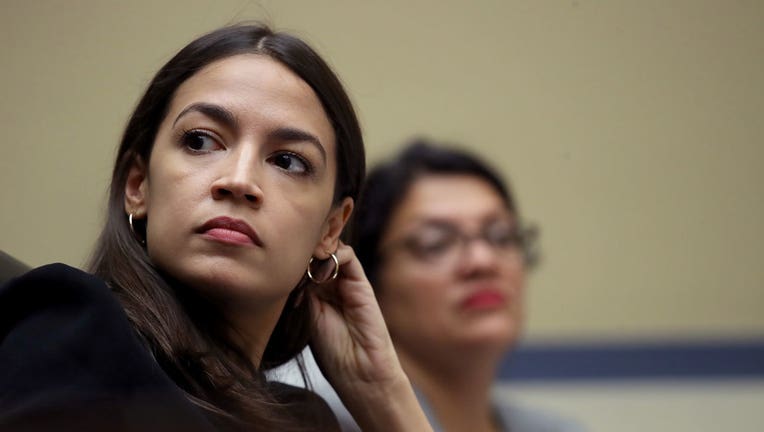 GRETNA, La. - - A Louisiana police officer was fired Monday for suggesting Rep. Alexandria Ocasio-Cortez be shot in a deleted Facebook post made over the weekend.

Charlie Rispoli, a 14-year veteran with the Gretna Police Department, said Ocasio-Cortez was a “vile idiot” who “needs a round…and I don’t mean the kind she used to serve,” according to a screenshot posted on nola.com. The officer was alluding to Ocasio-Cortez's previous job as a bartender in New York City.

The post was accompanied by an article from tatersgonnatate.com that attributed a fake quote of “we pay soldiers too much” to the congresswoman.

According to nola.com, the post was made Thursday, taken down Friday and Rispoli’s account was gone by Saturday.

Gretna Police Chief Arthur Lawson told nola.com that the post was “disturbing.” While he doesn’t believe the comment should be considered a legitimate threat, it violates the department’s social media policy. He told the publication that officers read and sign a document acknowledging they understand the department rules.

“Whether you agree or disagree with the message of these elected officials and how frustrated you may or may not get, this certainly is not the type of thing that a public servant should be posting,” Lawson said.

Internal affairs investigated the incident, and Lawson said any disciplinary action taken against Rispoli would not be made public.

But during a press conference on Monday, Lawson announced that Rispoli and another officer, who liked the post, were fired, according to NBC News.

Ocasio-Cortez tweeted about the incident, saying President Donald Trump was to blame for "sowing violence."

"This is Trump's goal when he uses targeted language and threatens elected officials who don't agree with his political agenda. It's authoritarian behavior," her tweet said, in part.

Rispoli’s post is among thousands that have been uncovered in recent months regarding violent remarks made by law enforcement officers.

In June, InjusticeWatch released a report regarding similar posts made on Facebook by officers around the country. Reveal, which is part of the Center for Investigative Reporting, released a three-part series about officers posting racist memes and conspiracy theories, among other things, in private Facebook groups.

The officer’s comment on Ocasio-Cortez also came the same week President Donald Trump received backlash over his comments that Ocasio-Cortez and three other congresswomen of color should “go back” to their countries. All of them are U.S. citizens and only Rep. Ilhan Omar, of Minnesota, was born in a foreign country. Omar has been a U.S. citizen since her youth.

Trump stood by his comments despite criticism from his own party, tweeting, in part, “if you are not happy here, you can leave!”

On Monday, an Illinois Republican group apologized and removed a post on its Facebook page that showed the four Democratic congresswomen being referred to as the “Jihad Squad.” The post appeared Friday night on the Republican County Chairman’s Association page.