ARLINGTON, Va. - A loaded gun with a bullet in the chamber was confiscated after being found in a Maryland man's carry-on bag at a checkpoint at Reagan National Airport.

The gun was found Wednesday morning by Transportation Security Administration officers as the man tried to board a flight. Metropolitan Washington Airports Authority Police confiscated the weapon and cited the man who is from Fort Washington in Prince George's County.

Officials say this is the twentieth gun detected by TSA officers at Reagan National so far this year. 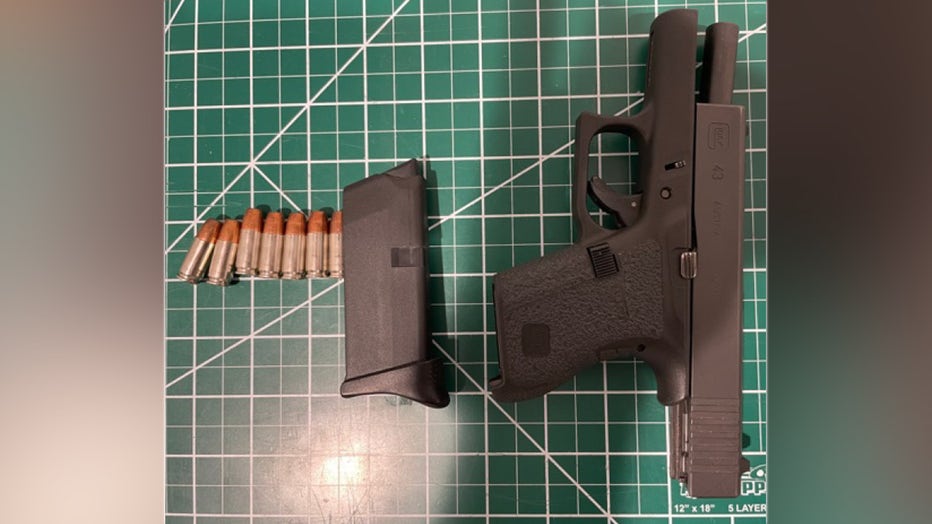 This gun was detected by a TSA officers in a traveler’s carry-on bag at Reagan National Airport on Sept. 21. (TSA photo)

"Our TSA officers are very good at detecting firearms and other prohibited items at security checkpoints," said John Busch, TSA's Federal Security Director for the airport in a statement. "Travelers play an important role in their personal experience traversing through a security checkpoint. That often starts with knowing all contents of their carry-on bag and which items should not be packed in that carry-on bag. All responsible gun owners know where their firearm is at all times and know how to pack it for a flight. It's imperative they do a pre-trip inspection of their carry-on and positively account for their firearms. This will reduce the troubling number of passengers bringing weapons to the security checkpoints across the system."

TSA officials say passengers are permitted to travel with firearms in checked baggage only – and then only if they are properly packaged and declared at the ticket counter. More information on this process is available online.