Liz Truss, who succeeded Boris Johnson as U.K. prime minister, has announced her resignation after determining she could not effectively lead the Conservative Party. Truss said she will remain in place until a successor is announced.

LONDON - British Prime Minister Liz Truss quit on Thursday — bowing to the inevitable after a tumultuous term in which her policies triggered turmoil in financial markets and a rebellion in her party that obliterated her authority.

Making a hastily scheduled statement outside her 10 Downing Street office, Truss acknowledged that "I cannot deliver the mandate on which I was elected by the Conservative Party."

She is the third Conservative prime minister to resign since 2019 and leaves a divided party seeking a leader who can unify its warring factions. Truss, who said she will remain in office until a replacement is chosen, has been prime minister for just 45 days.

Bitterly divided Conservative Party lawmakers have just a few days to agree on a successor, or face yet another leadership contest. Potential contenders include former Treasury chief Rishi Sunak, who lost to Truss in the last leadership contest, House of Commons leader Penny Mordaunt, Defense Secretary Ben Wallace — and Boris Johnson, the former prime minister ousted in July over a series of ethics scandals. 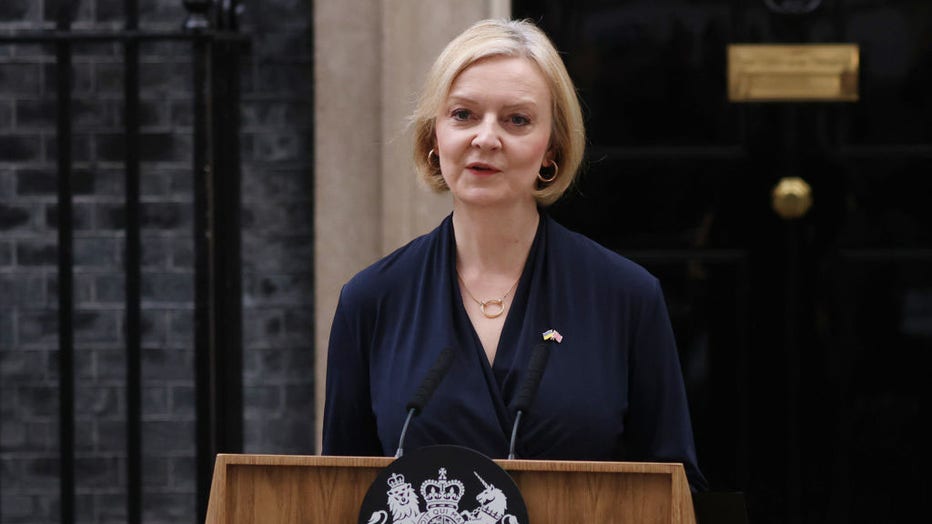 Liz Truss speaks in Downing Street, watched by her husband Hugh O'Leary, as she resigns as Prime Minister Of The United Kingdom on Oct. 20, 2022, in London, England. (Photo by Dan Kitwood/Getty Images)

Truss bowed out just a day after vowing to stay in power, saying she was "a fighter and not a quitter." But she couldn't hold on any longer after a senior minister quit her government with a barrage of criticism and a vote in the House of Commons descended into chaos and acrimony just days after she was forced to abandon many of her economic policies.

Markets breathed a sigh of relief, and the pound rose about 1% to above $1.13 after Truss' resignation.

A growing number of lawmakers had called for Truss to resign after weeks of turmoil sparked by her Sept. 23 economic plan, which included a raft of tax cuts that spooked financial markets that investors worried Britain couldn't afford.

That tumult resulted in the replacement of Truss’ Treasury chief, multiple policy U-turns and a breakdown of discipline in the governing Conservative Party.

Where the party goes from here is not clear.

"Nobody has a route plan. It’s all sort of hand-to-hand fighting on a day-to-day basis," Conservative lawmaker Simon Hoare told the BBC on Thursday before Truss resigned.

New Conservative Party head Liz Truss became UK prime minister Tuesday, and Queen Elizabeth II asked her to form a new government. Outgoing British Prime Minister Boris Johnson visited Queen Elizabeth II in Scotland Tuesday to officially resign from office. Johnson's meeting with the queen comes two months after he declared that he would be stepping down, and a day after Truss became her party's new leader. "I am like one of those booster rockets that has fulfilled its function,’’ Johnson said Tuesday morning as he left his office for the royal Balmoral estate. "I will now be gently re-entering the atmosphere and splashing down invisibly in some remote and obscure corner of the Pacific." Typically, the transfer of power has been officially conducted at Buckingham Palace in London but is being held in Scotland this time to ensure a swift process and limit the 96-year-old queen's travel. Johnson indicated that he will be leaving politics, comparing himself to a Roman dictator who took to farming after leaving his position.

She quit after a meeting with Graham Brady, a senior Conservative lawmaker who oversees leadership challenges. Brady was tasked with assessing whether the prime minister still has the support of Tory members of Parliament.

But by that point, the chorus of voices calling for her ouster was growing.

"It’s time for the prime minister to go," Conservative lawmaker Miriam Cates said. Another, Steve Double, said of Truss: "She isn’t up to the job, sadly." Legislator Ruth Edwards said "it is not responsible for the party to allow her to remain in power."

Truss' downfall was so rapid that Brady was unable to spell out exactly how the selection of a new leader would unfold, and whether the party's 172,000 members, or only its 357 lawmakers, would get a say.

Brady said he was "deeply conscious of the imperative in the national interest of resolving this clearly and quickly," and the new leader would be in place by Oct. 28.

Whoever succeeds Truss will be the country’s third prime minister this year alone. A national election doesn’t have to be held until 2024, but opposition parties demanded one be held now, saying the government lacks democratic legitimacy.

"The Conservative Party has shown it no longer has a mandate to govern," said Labour Party leader Keir Starmer. "We must have a chance at a fresh start. We need a general election – now." 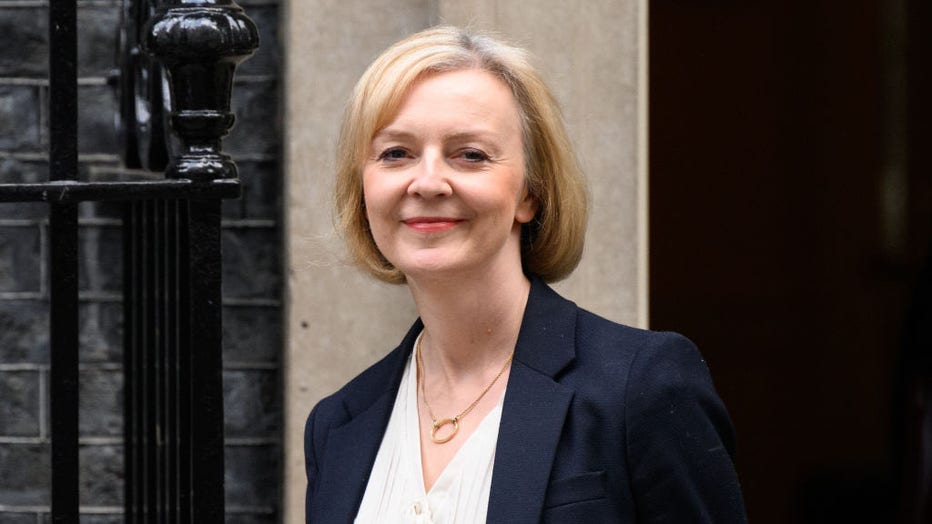 Liz Truss makes her way to the House of Commons ahead of this week's PMQ session, at 10 Downing Street on Oct. 19, 2022, in London, England. (Photo by Leon Neal/Getty Images)

Chris Bryant, a lawmaker from the opposition Labour Party, said he "saw members being physically manhandled ... and being bullied." Conservative officials denied there was manhandling.

Truss' downfall was also hastened by the resignation on Wednesday of Home Secretary Suella Braverman. She lambasted Truss in her resignation letter, saying she had "concerns about the direction of this government."

Newspapers that usually support the Conservatives were vitriolic. An editorial in the Daily Mail was headlined: "The wheels have come off the Tory clown car."

The dramatic series of events began after Truss and her Treasury chief, Kwasi Kwarteng, unveiled an economic plan with 45 billion pounds ($50 billion) in unfunded tax cuts that resulted in a hammering of the value of the pound and increased the cost of U.K. government borrowing. The Bank of England was forced to intervene to prevent the crisis from spreading to the wider economy and putting pension funds at risk.

Truss fired Kwarteng, and his replacement, Hunt, scrapped almost all of Truss’ tax cuts, along with her flagship energy policy and her promise of no public spending cuts. He said the government will need to save billions of pounds and there are "many difficult decisions" to be made before he sets out a medium-term fiscal plan on Oct. 31.

Speaking to lawmakers for the first time since the U-turn, Truss apologized Wednesday and admitted she had made mistakes during her six weeks in office, but insisted that by changing course she had "taken responsibility and made the right decisions in the interest of the country’s economic stability."

Still, Truss said she would not region — a resolve that was short-lived. Her departure on Thursday sparked jubilation for the tabloid Daily Star, which has set up a livestream featuring a photo of the prime minister beside a head of lettuce to see which would last longer.