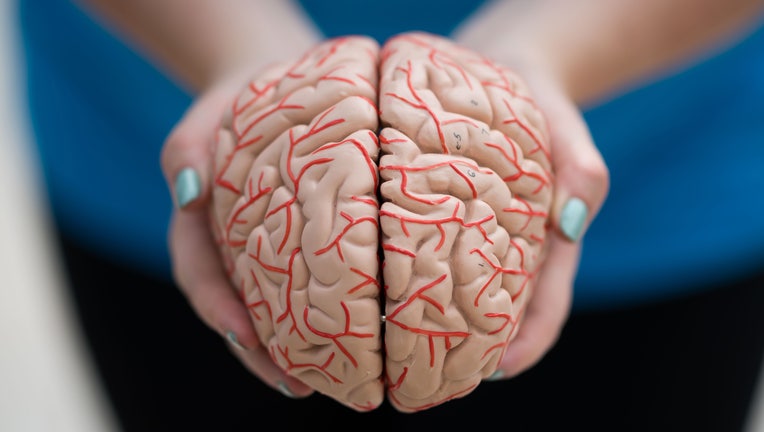 A woman holds a model of a human brain in her hands on June 1, 2019 in Cardiff, United Kingdom. (Photo by Matthew Horwood/Getty Images)

A new Alzheimer’s drug is hitting the market — the first with clear-cut evidence that it can slow, by several months, the mind-robbing disease.

It's a long-needed new treatment, but experts also are voicing a lot of caution: The drug isn't a cure, it's only intended for early-stage patients, requires IV doses every two weeks, and comes with some safety concerns.

It's not even clear just how noticeable that modest benefit will be in people's everyday lives.

Still, "it’s a landmark," said Dr. Richard Hodes, director of the National Institute on Aging. "It’s not enough, but it’s encouraging that there’s something we can do."

Here are some things to know about the Food and Drug Administration's approval of lecanemab, to be sold under the brand name Leqembi:

The drug, made by Japan's Eisai and its U.S. partner Biogen, is designed to target and clear away a sticky protein called beta-amyloid that builds up into brain-clogging plaques -- one key hallmark of Alzheimer’s disease.

A combination of physical activity, not smoking, light alcohol consumption, a good diet and cognitive activities may help lower the risk of the disease by as much as 60 percent, a study found.

It targets a slightly different form of that amyloid, possibly explaining why it proved successful in a rigorous study while a long list of prior amyloid-targeting drugs have failed, said Dr. Sam Gandy, an Alzheimer’s expert at New York’s Mount Sinai Hospital.

The FDA cleared a similar drug named Aduhelm in 2021 even though studies never proved it really helped patients, a move that triggered scathing criticism from a congressional investigation.

In Eisai's 18-month study of nearly 1,800 people, Leqembi appeared to delay early-stage patients from getting worse by about five months. 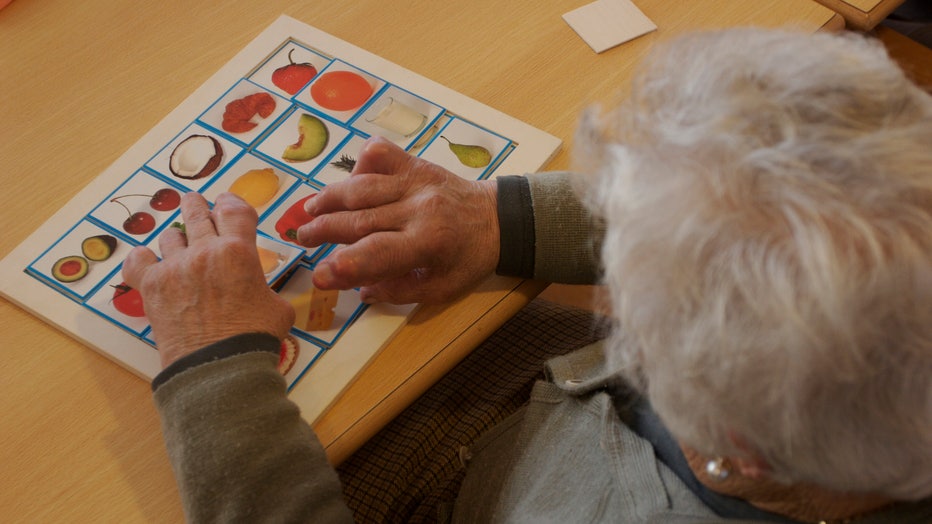 That was measured on an 18-point scale that tracks cognitive and functional abilities. People who got the drug still worsened but not as rapidly as those given dummy versions — a difference of nearly half a point on that scale by the study's end.

Experts are divided over how meaningful a benefit that is. It may be hard for families to tell if a loved one's decline has slowed, Gandy said.

Other experts say slowing the disease early on, when people still function well, is important even if it's not that easy to spot.

"Several months with better cognition, what’s that worth to you?" Hodes asked. "I think there you can get a strong argument: If I can interact with my family, be independent for months ... that’s a very meaningful outcome."

What are the risks associated with Leqembi?

The likely reason: Amyloid plaques usually form around nerve cells in the brain but sometimes the gunk gets inside blood vessels, too. Pulling amyloid out of those blood vessels can weaken them, making them leaky, Gandy explained. 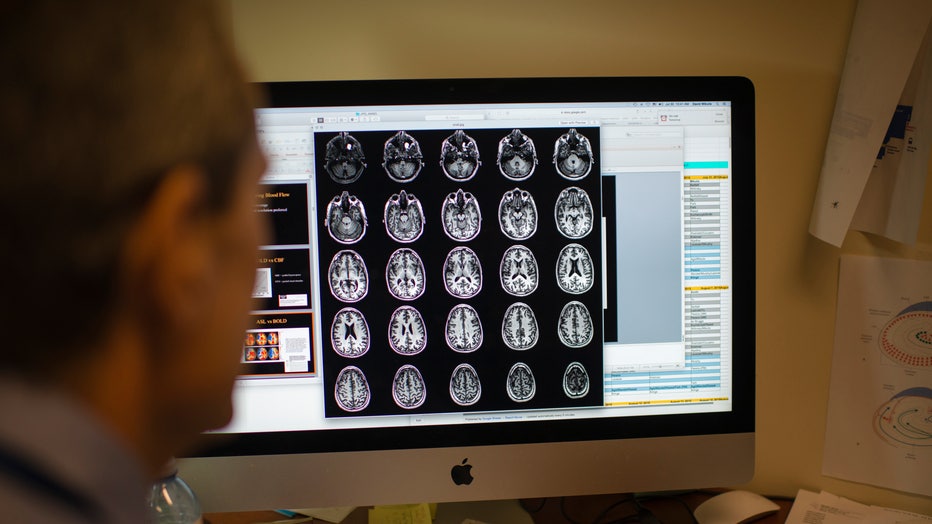 While the brain swelling and bleeds may cause only minimal symptoms such as dizziness and vision problems, they occasionally can be severe — and several Leqembi users have died while taking the drug, including two who were on blood-thinning medications.

Eisai has said the deaths can't be attributed to its Alzheimer's drug. But Gandy said the greatest risk of serious bleeding would be among Leqembi users who also take blood thinners, which are commonly used by older adults to prevent or treat strokes.

Patients also may experience temporary reactions after the infusions that can include fever, flu-like chills, nausea and blood pressure fluctuations.

The drug is only intended for people in the very early stages of Alzheimer's who also have that tell-tale amyloid buildup.

The FDA warned doctors to use caution if they prescribe Leqembi to people who use blood thinners. Patients also will be urged to get brain scans several times over the course of treatment. 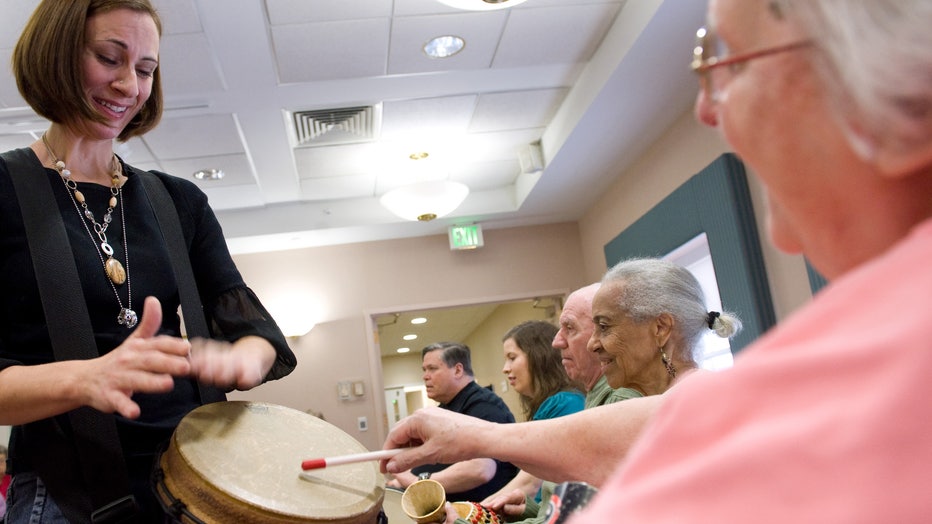 As patients gradually worsen, it's not clear how long they should continue getting the twice-a-month IV infusions. Study participants are being tracked for longer periods, and other research is exploring even earlier use — before people with amyloid buildup show symptoms.

When will Leqembi be available?

Eisai says the drug should be available by Jan. 23, but most patients will likely have to wait months to get it.

That’s because health insurers are expected to scrutinize the drug’s effectiveness before deciding whether to cover it, for which patients, and what testing they may require to confirm they are good candidates.

And Medicare, which covers most people with Alzheimer’s, is not expected to pay for the drug until later this year. That’s because the plan for seniors only pays for Alzheimer’s drugs that have received full approval from the FDA — while the agency granted Leqembi's approval using a shortcut based on preliminary study results. The FDA is set to review that larger 18-month study soon, in anticipation of full approval later this year.

How much will Leqembi cost?

The IV drug will cost about $26,500 for a typical year’s worth of treatment. If insurers cover it, most people won't pay anywhere near that much — although people with insurance that requires them to shoulder a larger portion of their drug costs could pay thousands a year.