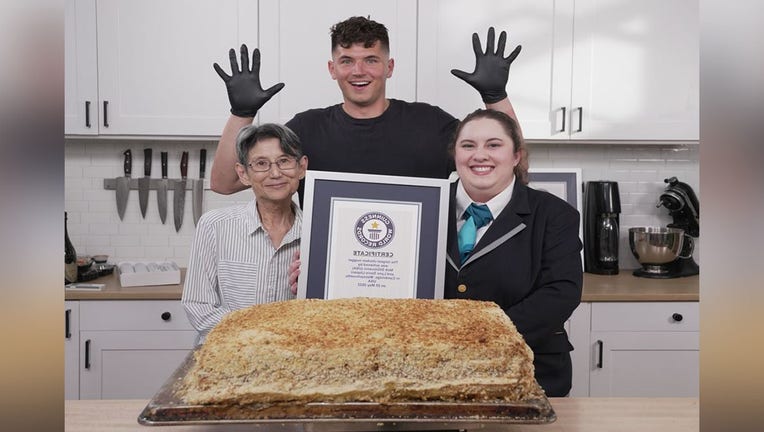 The chicken nugget weighs around 46 pounds and three ounces, and to put this into perspective, the dish is 115 times larger than the traditional chicken nugget found at fast-food restaurants and grocery stores.

But this cooking project was a very involved process for the chefs to complete. DiGiovanni told Guinness that a "contraption" was created to bake the nugget. 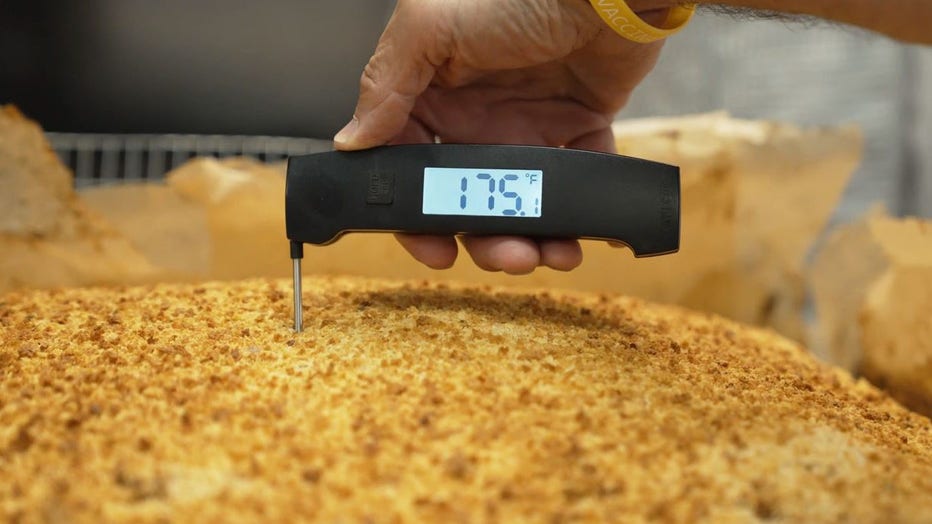 A temperature check is made after the massive chicken nugget is baked. (Photo courtesy of Guinness World Records)

The chefs placed baking sheets in a large basket, sprayed cooking spray on the sheets, and used 40 pounds of ground chicken, 40 slices of white bread, and 40 eggs.

Once the ingredients were added, the chefs added a layer of bread crumbs to the dish and placed it in the oven until the meat surpassed a temperature of 165 Fahrenheit to make it safe to eat, Guinness World Records offered.

After the colossal nugget finished baking, a Guinness judge weighed it, and the duo was awarded the record. 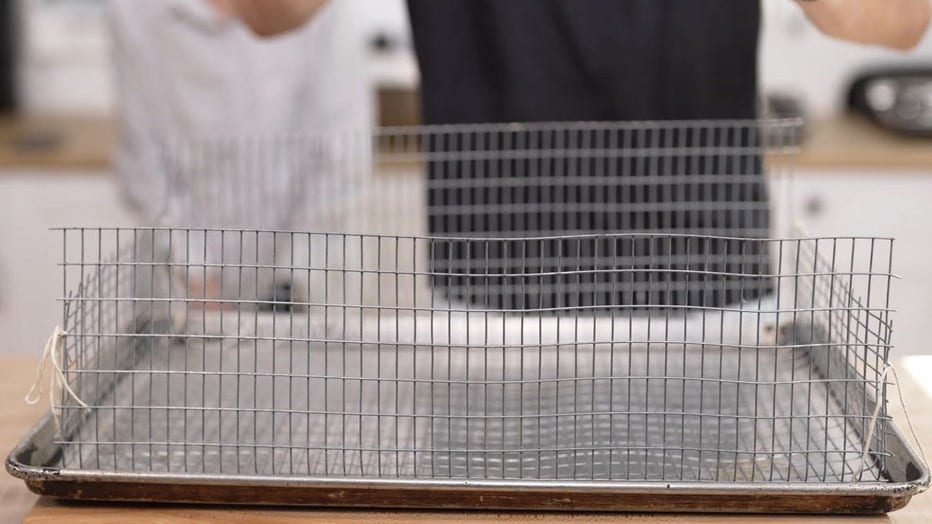 This isn’t the first time these chefs have worked together to create a large food concoction that set a world record. Last year, the duo made the world’s largest cake pop, according to Guinness World Records.