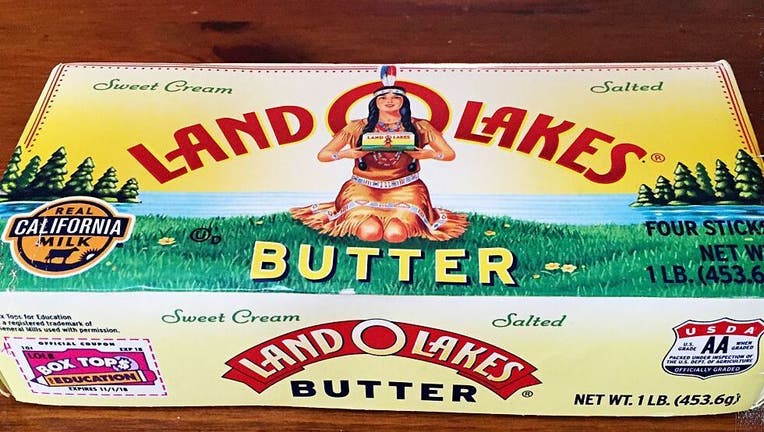 The farmer-owned dairy cooperative, which produces butter, cheese and other milk products, has dropped the Native American maiden image from its packaging, opting instead for just a landscape.

The logo, which has been the company’s label for nearly 100 years since it was founded in Minnesota in 1921, has been called “racist” and criticized for its use of the “butter maiden.”

The new label was announced in a press release from Land O’ Lakes in February, though it made no specific mention of removing the Native American image from all products.

The press release shared “the new packaging will show up in a variety of ways, including through a new front-of-package design that features the phrase ‘Farmer-Owned’ above the LAND O LAKES brandmark,” as well as include pictures of farmers and co-op members on the label.

“As Land O’Lakes looks toward our 100th anniversary, we’ve recognized we need packaging that reflects the foundation and heart of our company culture—and nothing does that better than our farmer-owners whose milk is used to produce Land O’Lakes’ dairy products,” said Beth Ford, President and CEO, Land O’Lakes, in the press release.

“As a farmer-owned co-op, we strongly feel the need to better connect the men and women who grow our food with those who consume it,” Ford said.

RELATED: Scam text message says you've come in contact with someone with coronavirus

Many on social media are celebrating the move, criticizing the company for using the image of a Native American woman, named Mia, for its branding in the first place.

The packaging is expected to be fully rolled out across all products by the end of 2020.