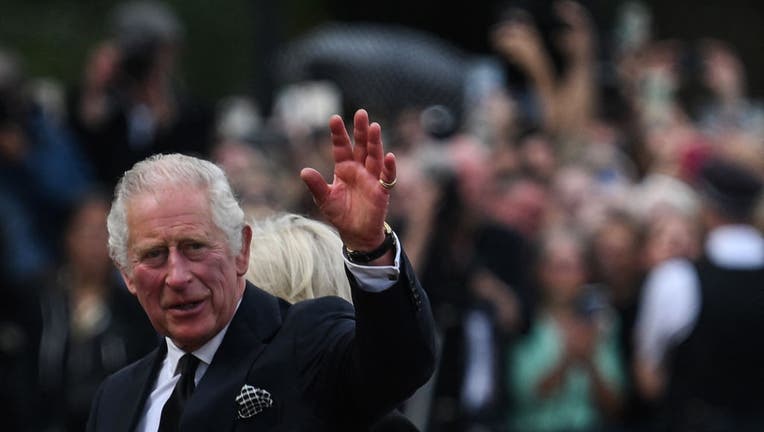 Britain's King Charles III and Britain's Camilla, Queen Consort greet the crowd upon their arrival Buckingham Palace in London, on September 9, 2022, a day after Queen Elizabeth II died at the age of 96. - Queen Elizabeth II, the longest-serving mona

LONDON - The death of Queen Elizabeth II has triggered a series of carefully structured ceremonial and constitutional steps, as Britain undergoes a period of national mourning and heralds the reign of King Charles III.

The longest-serving monarch, Elizabeth died "peacefully" at Balmoral on Thursday afternoon at the age of 96.

Charles, who became the monarch immediately upon his mother’s death, will be formally proclaimed king at a ceremony on Saturday. He is expected to tour the United Kingdom in the coming days.

On Saturday, Sept. 10 Charles will meet at St. James’s Palace with senior officials known as the Accession Council and is officially proclaimed king.

What is the Accession Council?

Prince Charles has been preparing for the crown his entire life. Now, at age 73, that moment has finally arrived.

Charles, the oldest person to ever assume the British throne, became King Charles III on Thursday following the death of his mother

But Charles is scheduled to be formally proclaimed King on Saturday 10 September at 10am in front of the Accession Council, a ceremonial body that historically convenes within 24 hours of a sovereign’s death.

This tradition is typically held at St. James’s Palace, London, where there will be a formal proclamation of the death of the queen and an accession to the throne of a new sovereign, that being King Charles. The ceremony will be split into two parts, according to Buckingham Palace.

The Accession Council that Charles will meet with is comprised of Privy Council members – a group senior politicians, civil servants, Commonwealth high commissioners, and the Lord Mayor of London along with lifetime peers of the royal family. These members have typically advice the monarchy in matters of state.

Typically, the number of people allowed to attend can be in the thousands but considering the short notice of the tragedy, turnout could be low.

What happens after the council?

Fanfare will follow. An official will read a public proclamation aloud from a balcony at St. James's Palace. It will also be read out in other locations across the U.K.

Charles vowed in his first speech to the nation as monarch Friday to carry on Queen Elizabeth II's "lifelong service," as Britain entered a new age under a new sovereign. Around the world, the queen's exceptional reign was commemorated, celebrated, and debated.

Charles, who spent much of his 73 years preparing for the role of king, addressed a nation grieving the only British monarch most people alive today had ever known. He takes the throne in an era of uncertainty for both his country and the monarchy itself.

He spoke of his "profound sorrow" over the death of his mother, calling her an inspiration.

"That promise of lifelong service I renew to all today," he said in the recorded, 9 1/2-minute address, delivered with a framed photo of the queen on a desk in front of him.

"As the queen herself did with such unswerving devotion, I, too, now solemnly pledge myself, throughout the remaining time God grants me, to uphold the constitutional principles at the heart of our nation," he said.