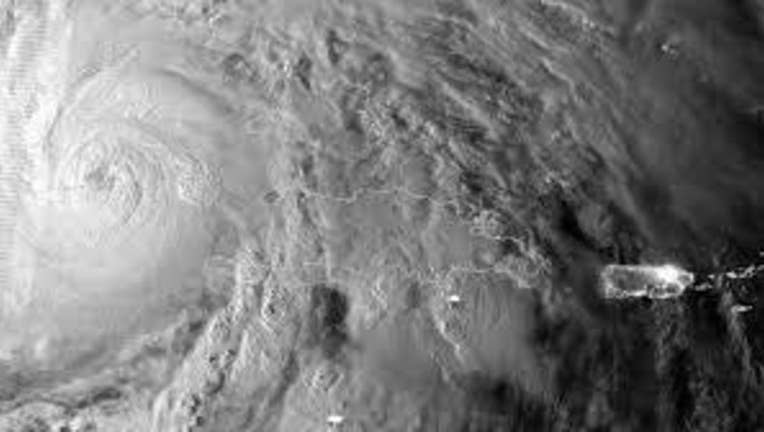 NEW ORLEANS - Mississippi and Louisiana marked the 10th anniversary of Hurricane Katrina on Saturday by ringing church bells, laying wreaths and celebrating the resiliency of a region still recovering from a disaster that killed more than 1,800 people and caused $151 billion in damage.

Addressing dignitaries at New Orleans' memorial to the unclaimed and unidentified dead, Mayor Mitch Landrieu spoke of the dark days after the monstrous storm and how the city's residents leaned on each other for support.

"We saved each other," the mayor said. "New Orleans will be unbowed and unbroken."

In Mississippi, churches along coastal Hancock County tolled their bells in unison Saturday morning to mark the 10th anniversary of the day that Katrina made landfall in the state.

Eloise Allen, 80, wept softly into a tissue and leaned against her rusting Oldsmobile as bells chimed at Our Lady of the Gulf Catholic Church just across a two-lane street from a sun-drenched beach at Bay St. Louis.

She said her home, farther inland, was damaged but livable. Her daughter lost her home in nearby Waveland. Many of her friends and neighbors suffered similarly.

"I feel guilty," she said. I didn't go through what all the other people did."

In Biloxi, Mississippi, clergy and community leaders gathered at a newly built Minor League Baseball park for a memorial to Katrina's victims and later that evening the park will host a concert celebrating the recovery.

During a prayer service at a seaside park in Gulfport, former Mississippi Gov. Haley Barbour praised volunteers who worked on the Katrina recovery. He said more than 954,000 volunteers came from around the country to Mississippi in the first five years after the storm, and many were motivated by faith.

"They thought it was God's command to try to help people in need," Barbour said.

Glitzy casinos and condominium towers have been rebuilt. But overgrown lots and empty slabs speak to the slow recovery in some communities.

In New Orleans, wide scale failures of the levee system on Aug. 29, 2005, left 80 percent of the city under water.

New Orleans has framed the 10th anniversary as a showcase designed to demonstrate to the world how far the city has come. In a series of events in the week leading up to the actual anniversary, the city has held lectures, given tours of the levee improvements and released a resiliency plan.

Many parts of the iconic city have rebounded phenomenally while many residents -- particularly in the black community -- still struggle.

In New Orleans' Lower 9th Ward, residents and community activists gathered Saturday at the levee where Katrina's storm waters broke through and submerged the neighborhood.

After several speeches, a parade snaked through the neighborhood while music played from boom boxes and people sold water from ice chests under the hot sun.

Wilmington Sims watched the parade from his front porch. He helped build the porch before Katrina, then had to re-do the work after flooding from the levee break damaged the first floor.

He said the outpouring of support was "uplifting" but many people still need help and the Lower 9th Ward needs economic development.

In the evening, former President Bill Clinton will headline a free concert-prayer service-celebration at Smoothie King Center in New Orleans. In addition to the former president the event will feature performances by the city's "Rebirth Brass Band," award-winning journalist Soledad O'Brien and Chief Monk Boudreaux and the Wild Magnolias.