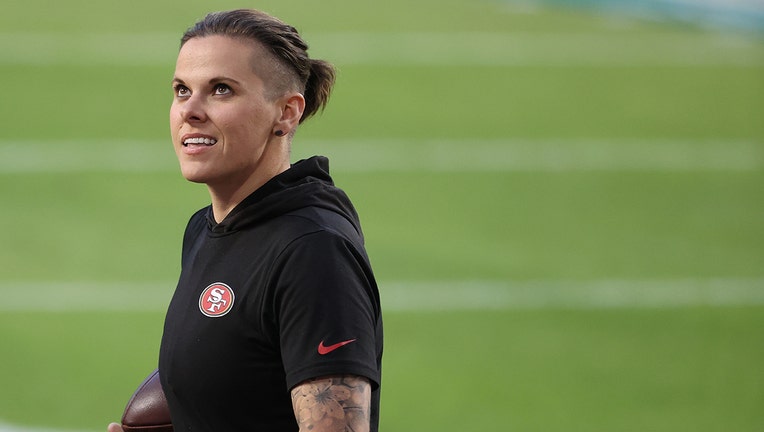 The first woman coach to help win a Lombardi Trophy remains up for grabs.

Sowers came in as an offensive assistant with the San Francisco 49ers who just happened to be the first woman ever to coach in this game. She also is the first openly gay coach.

But she missed out on capping her trailblazing night by winning a championship ring when the 49ers couldn't hold the 20-10 lead they took into the fourth quarter before losing 31-20 to the Kansas City Chiefs. Her night featured a 60-second Microsoft commercial thanking her for knocking down another door for women.

The latest Super Bowl featured women in many roles.

Norma Hunt, widow of Chiefs' founder Lamar, is the only woman to have attended all 54 Super Bowls and also is part of the ownership group that brought Kansas City its first Super Bowl title since 1970. The 49ers have Denise DeBartolo York as co-chairman.

Then there's Virginia McCaskey, 97 and the owner of the Chicago Bears, who made an appearance in the NFL commercial shown at the start of the Super Bowl to celebrate the start of the league's next century.

Related: As the Super Bowl in Miami ends, Tampa prepares to play host in 2021