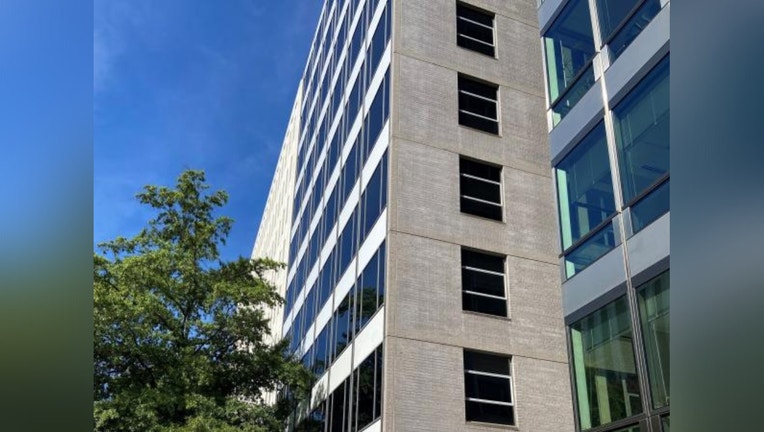 WASHINGTON - An office building located along K Street in Northwest, D.C. will soon be repurposed into a residential space, a move that is becoming commonplace across the District.

According to a press release about the project, 1735 K Street will be transformed into 106 residential units, with flexible multifamily living that accommodates both short-term and long-term stays. The press release indicates that the building will offer residents ground-level retail shopping, hotel-style services, and the comforts of a residential space, like full kitchens and in-unit washers and dryers.

The building will be managed by Placemakr Premier, which operates apartments that offer hotel-like amenities.

"D.C. is underserved with housing options and overserved with commodity office options," says Bernstein Management Corporation CEO Josh Bernstein. "The flex housing hospitality format will allow us to offer an attractive alternative for visitors and longer-term residents at a compelling price point."

1735 K Street, which is three blocks from the White House and one block from Farragut North Metro station, has been home to the D.C. headquarters of the Financial Industry Regulatory Authority (FINRA) since 2007. FINRA will soon be relocating to 1700 K Street.

The redevelopment project is one of many that is, or has, happened in D.C. in the last two years, according to a RentCafe report. The report indicates that D.C. accounts for 6 percent of all reuse development projects nationwide.

The report shows that between 2020 and 2021, developers repurposed seven buildings into residential spaces with over 1,500 apartments, which is double the number that were converted between 2018 and 2019. The buildings were previously used as hotel, offices, or medical centers.

The report also showed that the District is the nationwide leader in redeveloping office spaces. Between 2020 and 2021, the nation’s capital managed converted former office spaces into 1,147 residential units.

According to the report, Philadelphia and Chicago are two cities with the highest rate of adaptive reuse projects after D.C. In total, D.C., Philadelphia, and Chicago account for 15 percent of total apartment conversions nationwide.