DC's AG looks to crack down on blockbusting

A housing developer allegedly used a discriminatory practice known as "blockbusting" to force a homeowner to sell her house in Northwest D.C.

WASHINGTON - A housing developer allegedly used discriminatory tactics to force a homeowner to sell her house in Northwest D.C.

The attorney general is working to shut down this illegal business practice called "blockbusting."

Almost two years ago, a sign that read "Section 8 and student accommodation coming soon" was propped up in front of the address 4457 Macarthur Blvd NW. The sign indicated that the property would be used for low-income housing.

The community suspected something about it was strange, so they got to work.

"It was a little bit of a disbelief," said Ben Bergmann, the chair of Advisory Neighborhood Commission 3D.

Bergmann said the owner of the house attempted to buy the property next door.

"They made her an offer that was much lower than the price that they paid for the other adjoining property," he explained. "She rejected as one would, and they attempted to strong-arm her by using this tactic that worked all too well in this city 50 years ago."

Alicia Lendon is the chief of the civil rights division at Attorney General Karl Racine's Office. She explained that when blockbusting occurs, a real estate developer or profiteer attempts to prey on prejudices that people have on members of protected classes in an effort to reduce the property values.

There's a long history of blockbusting being used to stoke fears against Black residents in D.C. who sought to live in integrated neighborhoods post segregation. 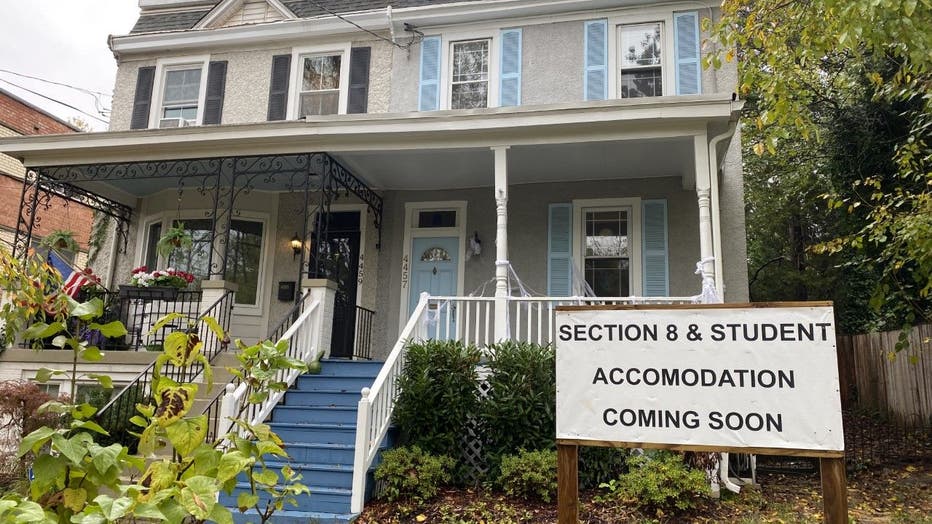 Lendon says the developer Polygon Holdings – purchased the right half of the duplex in July 2020, and the sign went up a month later when the owner next door refused to sell. The developer wanted to convert the entire lot into condominiums.

Once Bergmann and the rest of the neighborhood commission realized what was happening, they sent a letter to Attorney General Racine. And in February 2021, the investigation began.

"It’s outrageous and illegal and has no place in the District of Columbia or our country," AG Racine said in a statement. "Anyone who attempts to stoke prejudicial fears or encourage animosity in violation of the law toward a group of people must be called out and held accountable, as we are doing today."

"That's not how you conduct business in the District of Columbia," Bergmann said.

The developer, Hossain Kamyab, currently owes the city $300,000 in penalties and must undergo fair housing training.

"This settlement will prohibit this developer, Polygon Holdings, from engaging in further discriminatory and illegal conduct in the District," Lendon said.

The AG's Office told FOX 5 that the Polygon Holdings was eventually able to buy the property for a competitive price and better standards.

FOX 5 attempted to reach out to Polygon Holdings nd their attorney for comment, but we have not heard back from them.

If you believe you have been a victim of discrimination, you can report it to the OAG’s Civil Rights Section by calling (202) 727-3400 or e-mailing OAGCivilRights@dc.gov.