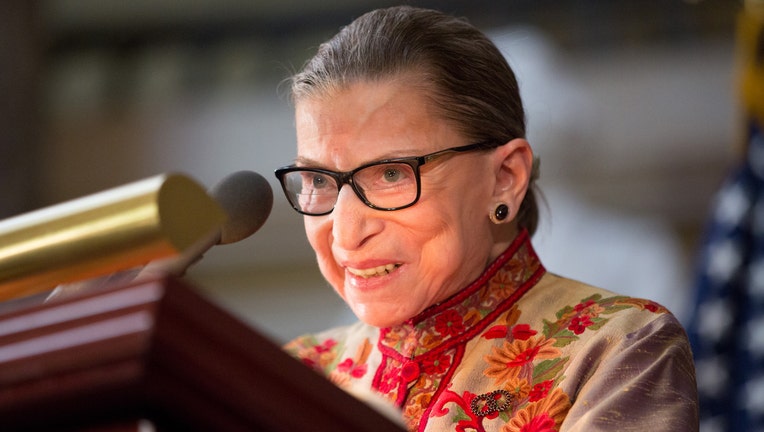 WASHINGTON (AP) - The Supreme Court said Wednesday that Justice Ruth Bader Ginsburg was discharged from a hospital after being treated for a possible infection.

A court spokeswoman said in an emailed statement that Ginsburg was “home and doing well.”

Ginsburg had gone to a hospital in Washington on Monday evening after experiencing fever and chills. She had a procedure at Johns Hopkins Hospital in Baltimore on Tuesday afternoon to clean out a bile duct stent that was placed last August when she was treated for a cancerous tumor on her pancreas. The court said in a statement Tuesday that she would "stay in the hospital for a few days to receive intravenous antibiotic treatment.”

Ginsburg, who was appointed by President Bill Clinton and joined the court in 1993, has been treated four times for cancer. In addition to the tumor on her pancreas last year, she was previously treated for colorectal cancer in 1999 and pancreatic cancer in 2009. She had lung surgery to remove cancerous growths in December 2018.

Ginsburg spent a night in the hospital in May with an infection caused by a gallstone. While in the hospital, she participated in arguments the court heard by telephone because of the coronavirus pandemic.