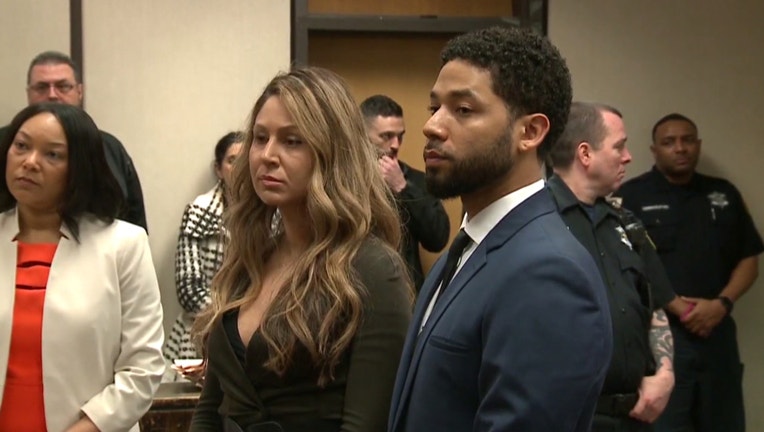 CHICAGO - Jussie Smollett says his $10,000 payment after the close of a criminal case should prevent Chicago from seeking reimbursement for a police investigation of his claim that he was a victim of a racist and homophobic attack.

Attorneys for the former "Empire" actor filed a response Tuesday to Chicago’s lawsuit in federal court. They also filed a counterclaim against the city, saying Smollett was the victim of a malicious prosecution that caused humiliation and extreme distress.

In January, Smollett told police he was attacked by two masked men as he was walking home from a Chicago Subway sandwich shop at approximately 2 a.m. The openly gay actor alleged that the masked men beat him, taunted him with homophobic and racial slurs and yelled, "This is MAGA country."

In February, police determined that Smollett's masked assailants were brothers Abel and Ola Osundairo, who trained Smollett and worked with him on "Empire." Authorities also identified the brothers as those on surveillance video purchasing the rope that was reportedly hung around Jussie's neck during the alleged attack.

After an intense investigation, police determined Smollett staged the entire episode, with the help of two brothers whom he paid to take part in the hoax assault, in an elaborate effort to drum up publicity for his middling career. Prosecutors dropped the case in March but Smollett maintains his innocence but agreed to let authorities keep a $10,000 bail.

He was charged with filing a false police report, but those charges were dropped by Cook County State’s Attorney Kim Foxx a few weeks later.