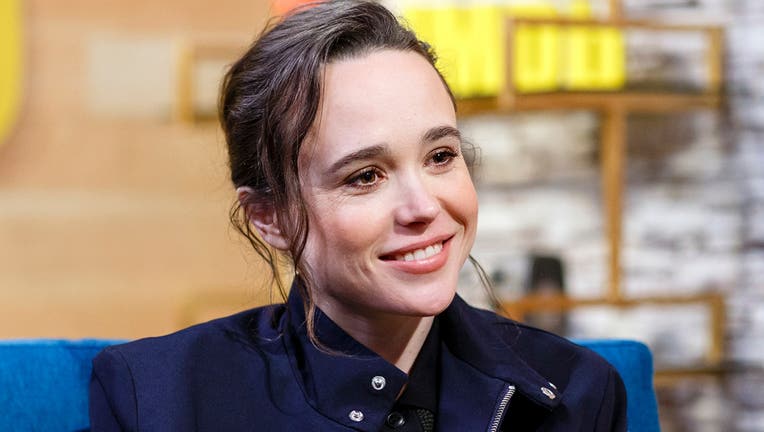 The "Umbrella Academy" star previously came out as gay in 2014. He now vows to stand up for others in the trans community. (Rich Polk/Getty Images for IMDb)

Elliot Page, the star of "Juno" and Netflix's "Umbrella Academy," announced on Tuesday that he is transgender.

Page, 33, is formerly known as Ellen Page. He took to Twitter on Tuesday to share a lengthy statement.

"Hi friends, I want to share with you that I am trans, my pronouns are he/they and my name is Elliot. I feel lucky to be writing this. To be here. To have arrived at this place in my life," Page's statement begins.

Page reflected on his gratefulness for the support the actor has received while embarking on this new chapter.

"I feel overwhelming gratitude for the incredible people who have supported me along this journey. I can't begin to express how remarkable it finally feels to finally love who I am enough to pursue my authentic self," Page continues.

"I've been endlessly inspired by so many in the trans community. Thank you for your courage, your generosity, and ceaselessly working to make this world a more inclusive and compassionate place. I will offer whatever support I can and continue to strive for a more loving and equal society."

Page's announcement comes six years after he publicly came out as gay at a conference in Las Vegas for educators and counselors who work with gay youth. In 2018, the star married partner Emma Portner. The two reportedly met on Instagram.

In his statement, Page asks for "patience" as he navigates his transition. While admitting that his "joy is real," the Hollywood star reminds fans that it's also a "fragile" thing to come out.

RELATED: Sony says it will have more PS5 in stock, cites 'unprecedented' demand

"The truth is, despite feeling profoundly happy right now and knowing how much privilege I carry, I am also scared. I'm scared of the invasiveness, the hate, the 'jokes' and of violence," Page writes.

"To be clear, I am not trying to dampen a moment that is joyous and one that I celebrate, but I want to address the full picture."

Page notes statistics of hate crimes and violence toward the trans community, calling such acts "rife, insidious and cruel, resulting in horrific consequences."

He shared a statistic that "at least 40 transgender people have been murdered" in 2020 alone, a majority "of which were Black and Latinx trans women."

"To the political leaders who work to criminalize trans health care and deny our right to exist aand to all of those with a massive platform who continue to spew hostility towards the trans community: you have blood on your hands. You unleash a fury of vile and demeaning rage that lands on the shoulders of the trans community, a community in which 40% of trans adults report attempting suicide. Enough is enough. You aren't being 'cancelled,' you are hurting people. I am one of those people and we won't be silent in the face of your attacks."

In addition to vowing to stand up for the trans community, Page shared just how proud he is to be a part of it.

RELATED: Time's Person of the Year nominees include politicians, celebrities -- and medical workers

The actor added that he will stand with others in the trans community to push for their rights and their freedom.

"I see you, I love you and I will do everything I can to change this world for the better," Page concludes.

Page has had quite a successful career in acting at the age of 33. He was nominated for an Oscar for the role of Juno Magruff in the 2007 film "Juno" opposite Michael Cera. Additionally, Page stars in the Netflix series "The Umbrella Academy," and, according to IMDB, will voice the role of Dusky in the upcoming "Naya Legend of the Golden Dolphin."

Page has also held other noteworthy roles, such as Kitty Pryde in the "X-Men" series, starring in "Inception," and Sony's reboot of "Flatliners."

He also made his directorial debut earlier this year with the documentary “There’s Something in the Water."