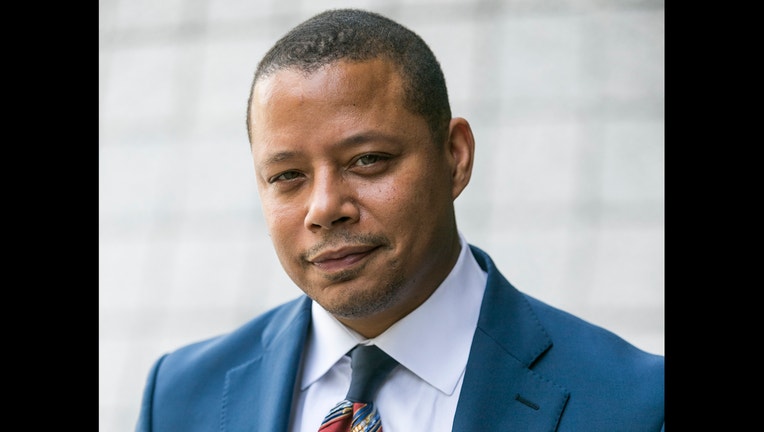 LOS ANGELES (AP) -- A judge overturned Terrence Howard's divorce settlement with his second wife Monday, finding the actor was coerced into signing the settlement by her threats to leak private details.

Superior Court Judge Thomas Trent Lewis' ruling means Howard and his ex-wife, Michelle Ghent, will now have to renegotiate the financial terms of their divorce. The ruling also ends, for now, any claims Ghent has to Howard's earnings from the hit TV show "Empire."

"The evidence of extortion or duress was unrebutted," Lewis said.

Howard contended he signed a 2012 settlement to end his marriage to Ghent out of fear she would leak private details about him, including phone sex recordings with other women and a video of him dancing naked in a bathroom.

The agreement entitled Ghent to a share of Howard's earnings, which would include a portion of his salary from the hit Fox series "Empire," which opens its second season in the fall.

"I could not be any more pleased by today's ruling," Howard wrote in a statement issued after the ruling.

Ghent's lawyers have said she denied extorting the actor in a deposition and argued he didn't prove threats she made in 2011 forced him to sign the agreement a year later. She was not allowed to testify at a recent hearing because her attorneys did not file a sworn declaration from her before the proceedings began.

Lewis presided over a four-day hearing that revealed numerous private details about the Oscar-nominated actor, including that he had cheated on Ghent during their engagement, he was physically violent with his first wife, and he has already divorced his third wife.

Lewis also heard a 2011 call in which Ghent berated Howard and threatened to sell private information about him if he didn't pay her money by the end of the day. Howard's accountant sent Ghent $40,000 in response to the call, which he called "hush money."

The actor called it "blood money." He told Lewis that leaking the information at the time would have ended his acting career.

Ghent has accused Howard of multiple instances of domestic violence and has an active restraining order against the actor.

Howard, 46, has denied he abused Ghent.

Lewis cited the ugly details of the case and said it was clear Howard had mistreated Ghent.

"There's no question in my mind Terrence Howard is a bully," Lewis said. But the judge also said: "Just because you're a bully doesn't mean you can't be bullied."

The actor was nominated for an Academy Award for his starring role in 2005's "Hustle & Flow."

His career has resurged since the debut of "Empire," a hit series for Fox that had steadily improved ratings each week in its first season. The show's second season, set to debut on Sept. 23, is highly anticipated.

Work on the show's second season continues. Howard spent four days in court during a recent hearing, testifying for portions of three of those days. His absence didn't impact the show's shooting schedule.

Howard's attorney, Brian Kramer, praised the ruling and its impact on Howard's life.

"Today's ruling represents not only a watershed event in the life of Mr. Terrence Howard whose financial livelihood was hanging in the balance, but it's a precedent setting ruling that will have implications for the entire family law bench and bar in California," Kramer wrote in a statement.