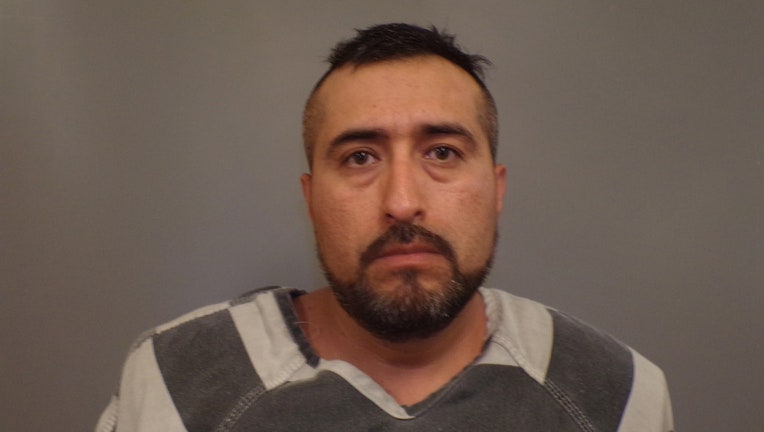 DADEVILLE, Ala. - A 12-year-old girl who was held captive for a week in an Alabama mobile home with the dismembered remains of her mother and brother provided key information that led to the arrest of the woman's live-in boyfriend, authorities said Thursday.

The girl, who gnawed through restraints to escape from the residence while the man was away, "is a hero for surviving the incident and coming forward with the information that she provided us in order to charge him," said Tallapoosa County Sheriff Jimmy Abbett.

Discovered along a country road by a passerby following her escape on Monday, the child is now safe in the custody of state child welfare officials. Assaulted and plied with alcohol to keep her in a stupor, the girl fled after chewing through the ties that held her down on a bed, authorities said in court documents.

José Paulino Pascual-Reyes, 37, was charged with kidnapping and multiple counts of capital murder in the slayings of the girl's mother, 29-year-old Sandra Vazquez Ceja, and her son, who court records show was younger than 14.

"They were boyfriend and girlfriend," Abbett said of Pascual-Reyes and Ceja. "They were actually living there all together."

The kidnapping charge alleges that the girl was held hostage against her will, not that she was physically abducted from elsewhere and taken to the home, Abbett said.

The girl was taken captive on July 24 around the time her mother and brother were killed, authorities allege, and police found two dismembered bodies in the mobile home after the child escaped on Monday morning. Abbett declined to comment on whether the girl knew the fate of her mother and brother while she was still a hostage, but the chopped-up remains were found inside the home.

Pascual-Reyes was arrested Monday night while working at a construction site in Auburn, more than 20 miles (32 kilometers) from the mobile home. He is being held without bond.

Defense attorney Mark Carlton said he and another lawyer had just been appointed to represent Pascual-Reyes and declined immediate comment, saying they’d yet to have a chance to meet with him.

Reyes, who is from Mexico, was in the country illegally after being deported and returning without proper documentation, Abbett said. It wasn't clear when he last entered the United States, said the sheriff, but the group had been living in the mobile home since February.

Ceja and the two children entered the United States from Mexico in 2017 and remained after requesting asylum, but their claims had yet to be decided by immigration officials, the sheriff said.

While a few other people live near the mobile home and others had lived at the residence, there's no indication anyone else knew about the killings or that the girl was being held against her will, Abbett said.

"No one has come forward with information," he said.